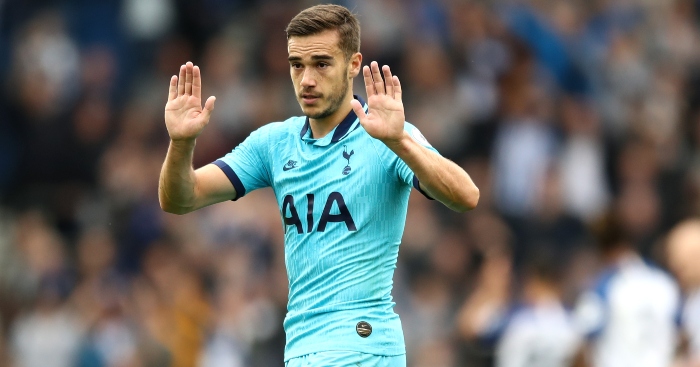 PEP RESCUE
Pep Guardiola is ready to rescue damsel in distress Harry Winks from that evil villain Jose Mourinho. Or at least that’s how The Sun ‘Exclusive’ reads.

The arrival of Pierre-Emile Hojbjerg from Southampton may see Winks drop down the pecking order at Spurs, with Mourinho likely to deploy the Denmark international in the deeper-lying role Winks has played for much of the last season.

Mourinho is well aware of the financial situation at Tottenham and will have to sell players to bring new names in to put his own stamp on the squad, with Winks apparently one individual they are ready to listen to offers for.

The report claims Winks is a ‘Spanish style midfielder’, presumably because he can pass the ball, and ‘is regarded as very much a Pep player and not a Jose player’, for the same reason.

Because of that, ‘if Spurs indicate they will allow Winks to go, there is likely to be strong interest from Spain and Italy.’ ‘If’ being the key word. But all of those teams will face competition from Guardiola, who reportedly wants Manchester City to make a £40million bid for Winks.

UNITED BLOW
Arsenal and Manchester United have been ‘dealt a blow’ in their chase of Brazilian defender Gabriel Magalhaes.

The 22-year-old has impressed for Lille this season as the French club finished fourth in Ligue 1. The Brazil U23 international has also been on Everton’s radar and reportedly visited Merseyside for talks earlier this season.

The Toffees are said to have made an £18million bid for the centre-back which was rebuffed by Lille for a reason which means both Arsenal and United are also set to miss out.

According to Italian football journalist Gianluca di Marzio, Lille already have a “gentleman’s agreement” with Napoli for the centre back, potentially as cover for the long-awaited exit of Kalidou Koulibaly.

RICE PRICE
Earlier this week it was reported that Chelsea had made a £50million bid for Declan Rice which was rubbished by West Ham who claim they haven’t heard from the Blues.

Anyway, this has upset the Hammers, who have now said they want over £80million for the 21-year-old, according to The Times.