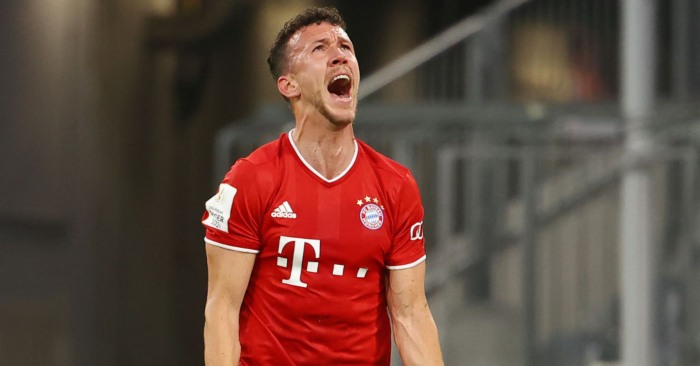 CHILWELL WANTS CHELSEA
The Daily Mirror have the exclusive that ‘Ben Chilwell plans to tell Leicester this week that he wants to quit for Chelsea’. We don’t think anyone at Leicester will be massively surprised that England’s first-choice left-back wants to play in the Champions League with a team that could potentially challenge for the Premier League over the next three years.

In other Chelsea news, Dutch publication Voetbal International claim that the Blues are willing to pay £27.4m for Ajax goalkeeper Andre Onana, having spotted that it is quite a lot cheaper than the £100m-plus asking price for Atletico Madrid keeper Jan Oblak.

Ranking all 29 Premier League managers from Gracia to Klopp

EVERTON TARGET EXPERIENCE
Nobody at 90min has explained why Ciro Immobile would swap Champions League football with his beloved Lazio for a mid-table slog with Everton but our job is simply to relay the rumours, however ridiculous. We can well believe that Carlo Ancelotti would look towards Italy for solutions to having a pretty sh*t Everton squad but we cannot believe that Immobile – who scored 34 Serie A goals last season – would glance his way.

Elsewhere, it looks like Branislav Ivanovic and his massive arse might be returning to these shores to join Ancelotti at Everton. And we could not be happier about that.

JOSE BACK FOR PERISIC?
After failing to persuade Manchester United to spend money on Ivan Perisic, Jose Mourinho is reportedly back to try again with Tottenham. The Croatian has been on loan at Bayern this season but the German club are not keen on making the deal permanent, even at the knock-down price of around £18m.

Calciomercato says he might be used as an ‘exchange pawn’ by Inter Milan as they want rid of the Croatian but might quite fancy some of Tottenham’s players, with Erik Lamela mentioned as a possible target for Antonio Conte.

AND THE REST
Sheffield United want Aaron Ramsdale as a replacement for Dean Henderson…Tottenham defender Juan Foyth has emerged as a target for Leeds United…Tottenham are edging closer to a deal to sign Denmark midfielder Pierre-Emile Hojbjerg…West Ham have stepped up their pursuit of QPR’s 22-year-old forward Eberechi Eze…Lazio are in negotiations to sign Manchester City’s outgoing Spanish playmaker David Silva…Fulham are leading the race to sign Tottenham’s 19-year-old English midfielder Oliver Skipp on a season-long loan.