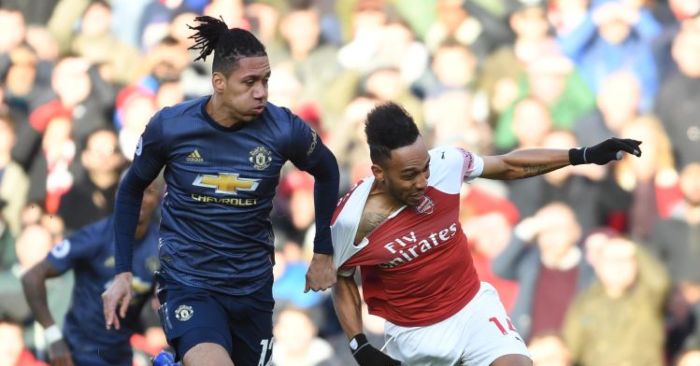 PIERRE INTO THE FUTURE
Arsenal have had enough fingers burned by expiring player contracts to be wary of having their entire arm go up in flames. Mikel Arteta desperately wants to keep Pierre-Emerick Aubameyang but hope alone might not be enough.

Spanish newspaper Sport say the Gunners ‘know they will lose’ the striker this summer as he enters the final year of his deal with no sign of a renewal. They are ‘demanding a minimum of 55 million euros’ (£50.1m), with Barcelona of the belief that they can ‘move that price down further still’.

Barca met with Aubameyang’s representatives in January but Arsenal described the stirker as ‘not transferrable’. The Spanish club remain ‘interested’ despite the ‘handicap’ of his age.

Arsenal, for their part, realise Aubameyang’s importance. Yet they know selling him ‘would be a lucrative business’ and losing him for free would be awful silly.

FAST AND FURIOUS
Sport make it sound like Arsenal are entertaining Barcelona’s interest. The Daily Star claim the Gunners are ‘furious’ with the Spanish club’s conduct.

They ‘are not impressed by the persistent noises’ of a possible move, and believe the attempts to ‘unsettle’ him have been transparent.

We’ve been here before…

SMALLING VICTORIES
The Gunners have considered procuring Eric Bailly before but it seems they intend to spend the Aubameyang windfall on a different Manchester United defender.

Gazzetta dello Sport bury the claim in a wider look at Roma’s transfer plans before hitting us with the news: that ‘half the Premier’ wants to sign Chris Smalling.

Roma would be the favourites if Champions League qualification is secured, which in itself provides more questions than answers. Three clubs in particular are named, with Arsenal, Everton and Tottenham on the ‘trail’ of the 30-year-old.

They make no mention of a fee, but when reports of Smalling last surfaced a couple of months ago, £25m was bandied about.

FLY ME TO THE MEUN
With the spare change, Arsenal will sate their right-back obsession. Cedric Soares joined Hector Bellerin, Calum Chambers, Ainsley Maitland-Niles and apparently Shkodran Mustafi and Sokratis in their collection recently.

Still that is not enough. It may be only a cursory mention but Belgian news outlet HLN run through the candidates to sign Thomas Meunier from PSG and remind us that ‘Unai Emery wanted him at Arsenal’.

Dortmund are the favourites, with compatriots Axel Witsel and Thorgan Hazard already at the Westfalenstadion. Some claim a contract has been signed but ‘all options are still open’ and Meunier ‘has plenty of time’ to choose.

Everton and Inter Milan are also thrown into the mix, as they seem to be in any strand of transfer speculation. Meunier, 28, is in the final months of his contract, so would suit any buyer.

AND THE REST
Real Madrid are already making plans for the summer and could let Wales forward Gareth Bale, 30, leave on a free transfer… Manchester City have set a price of £80m for Algeria winger Riyad Mahrez, 29, who has been linked with a move to Paris St-Germain… City’s German winger Leroy Sane, 24, has two offers from top clubs… Paris St-Germain and Chelsea are planning summer bids for Juventus and Bosnia-Herzegovina playmaker Miralem Pjanic, 29… Arsenal boss Mikel Arteta wants to sell Armenia midfielder Henrikh Mkhitaryan, 31, in the summer and Roma are keen to turn his current loan deal into a permanent transfer.