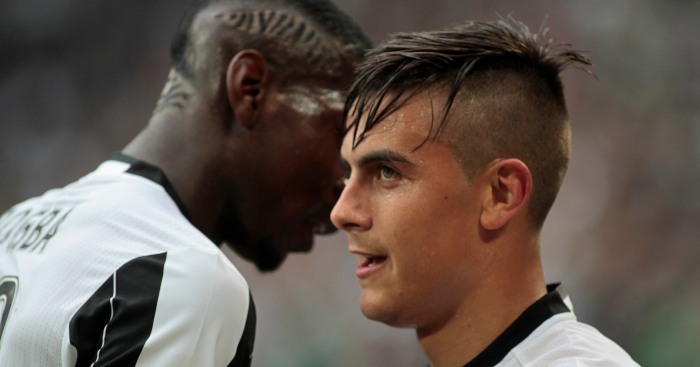 POGBA-DYBALA SWAP
We go to Tancredi Palmeri for updates on this situation, with the Tuttosport man claiming that Juventus knew all about Mino Raiola’s comments about Paul Pogba ahead of time, and believe that could grease the wheels of a swap deal that would take Paulo Dybala to Old Trafford and bring Pogba back home to The Old Lady.

Pardon Google Translate but, ‘the plan is Dybala immediately away in January towards Old Trafford. Juve would lose very little from a salary point of view: Dybala takes 7 million net, which with taxes rise to 14; Pogba takes about 13, but with the tax advantage for workers arriving from abroad, therefore the outlay would be about 17, a little more.’

The two players are valued a little differently – Tancredi estimates the gap at 30 million Euros – so Juventus have to somehow convince United that they are doing them a favour by taking the Frenchman off their hands. And they might be right.

Tuesday night’s sh*t-show can surely only hasten his departure.

Meanwhile, Marca claim that ‘as far as Real Madrid are concerned, the door is closed. The club’s offices continue to put Los Blancos’ economic security at the forefront of their actions, and they will do so for a while yet’. It seems that Zinedine Zidane and Pogba are the only people who actually want that move to happen.

RUDIGER FOR JUVE?
We have previously been told that Antonio Rudiger is a target for Barcelona, but now Calciomercato says that there are two major clubs in Italy who fancy bringing back the former Roma defender. Juventus and AC Milan are mentioned as possible destinations after a spate of injuries. The price? Chelsea want £16m but they could negotiate.

Rudiger is way down the pecking order at Chelsea and has started just one Premier League game this season, though he has started several Champions League games, including Tuesday night’s draw against Krasnodar.

ERIKSEN TO WEST HAM?
There is talk on Eurosport (the new home of the Bleacher Report’s Dean Jones) that West Ham are planning a move for Christian Eriksen from Inter Milan. It sounds like the most West Ham and the least David Moyes of moves so this one is fascinating.