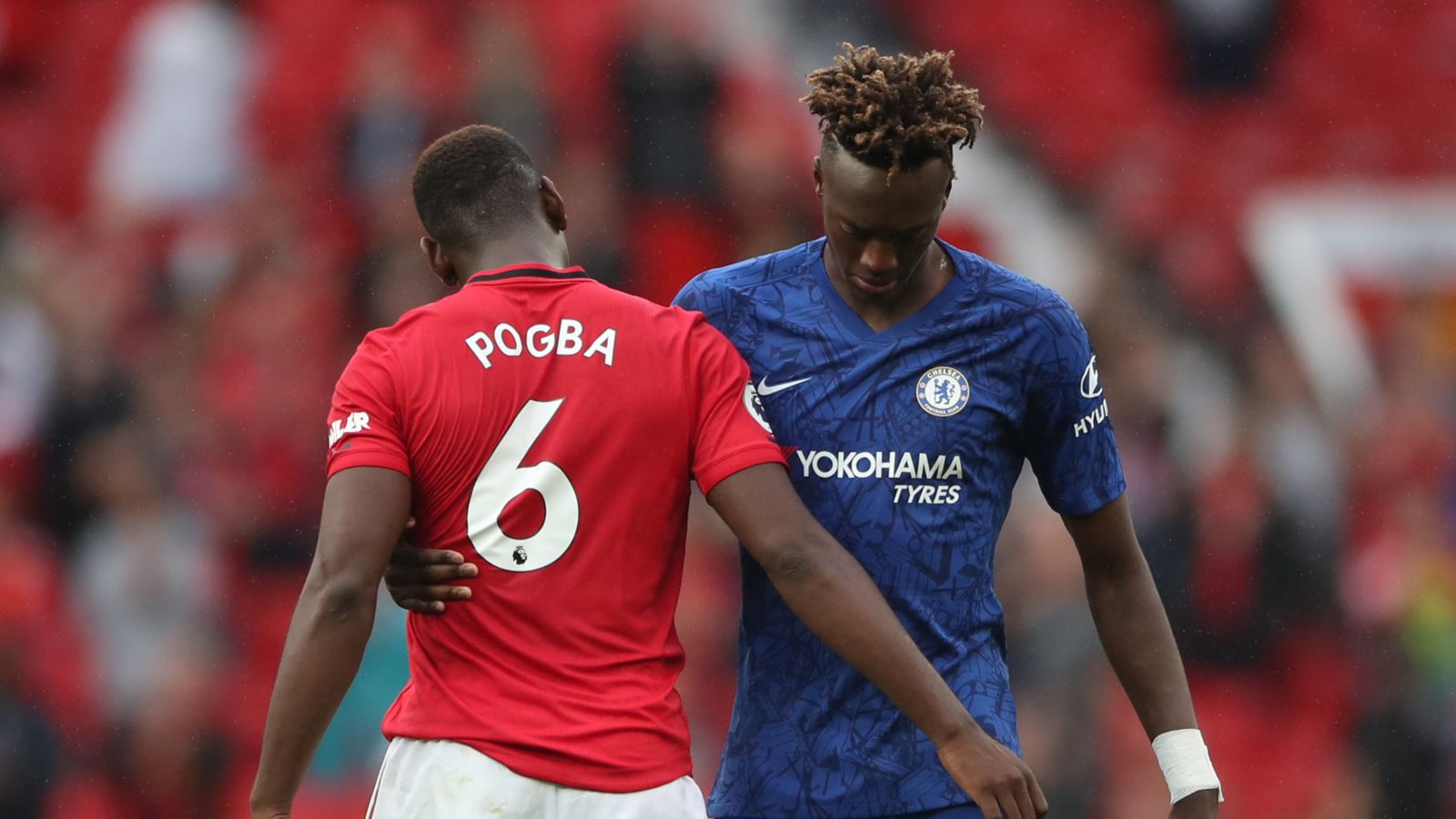 Paul Pogba has two surprising Premier League teams on his tail and Man Utd will need to come up with £100m for Roma striker Tammy Abraham.

VILLA HOLIDAYS
Paul Pogba has reignited the fires of speculation over his future in a wide-ranging interview with Le Figaro. After five years that “have not satisfied me” at Man Utd, it seems as though the Frenchman’s time in England is over.

Except that might not necessarily be the case. Sky Sports name Real Madrid, Juventus and Paris Saint-Germain as potential suitors for Pogba, clubs who ‘remain in contact’ with the midfielder’s camp. But they throw a curveball in claiming two unnamed Premier League sides ‘have also been in touch’.

And it is The Sun who have the scoop. Aston Villa and Newcastle are the other sides keeping an eye on developments. Both certainly have owners capable of covering the wages but if Pogba is not happy with five wasted, trophyless years at Old Trafford, there are surely better sides to join.

But yep, all for that. Pogba sitting on the bench and taking tips from Joelinton gets our approval.

BUDGET ANNOUNCEMENT
Don’t be fooled into thinking this will be the prelude to a summer of ludicrous investment at St James’ Park. Not at all. No siree.

They have in fact ‘ruled out making expensive superstar signings’ and will work on a budget of ‘around £60m’ before player sales, the Newcastle hierarchy having been ‘amused’ at stories linking them with Neymar.

Eddie Howe wants up to four new additions to his squad and a pay structure that has Newcastle’s highest earners on £100,000 a week is not expected to be shattered.

Luke Edwards of the Daily Telegraph adds that Newcastle’s owners would prefer the Magpies ‘to evolve into one of the top sides in England rather than simply spend millions on new players trying to change overnight,’ which ‘will come as a surprise to many’.

He did also say this in December, of an eventual £90m January spend that was the highest in Europe:

Newcastle set for January budget of £50m – despite another £140m allowed by FFP / @LukeEdwardsTele reports https://t.co/a2V8ucLxDc

ABRAHAM LINKING
The market for Tammy Abraham will likely include teams competing above mid-table. A debut season in Italy has delivered 23 goals in 40 appearances and that has not gone unnoticed.

Such form ‘has sparked growing interest’ from leading Premier League sides, with Chelsea’s £67m buy-back option not able to be activated until 2023. The Blues are thus not the only side thought to be interested.

The Daily Mail go as far as to point out that Man Utd and Manchester City are both pursuing new centre-forwards in the summer, Abraham occupying a place in the echelon below Erling Haaland.

Jose Mourinho and Roma will predictably not make things easy. They are ‘desperate’ to keep Abraham and believe a £100m valuation represents fair business. Arsenal “missed a trick” but seem to have moved on.