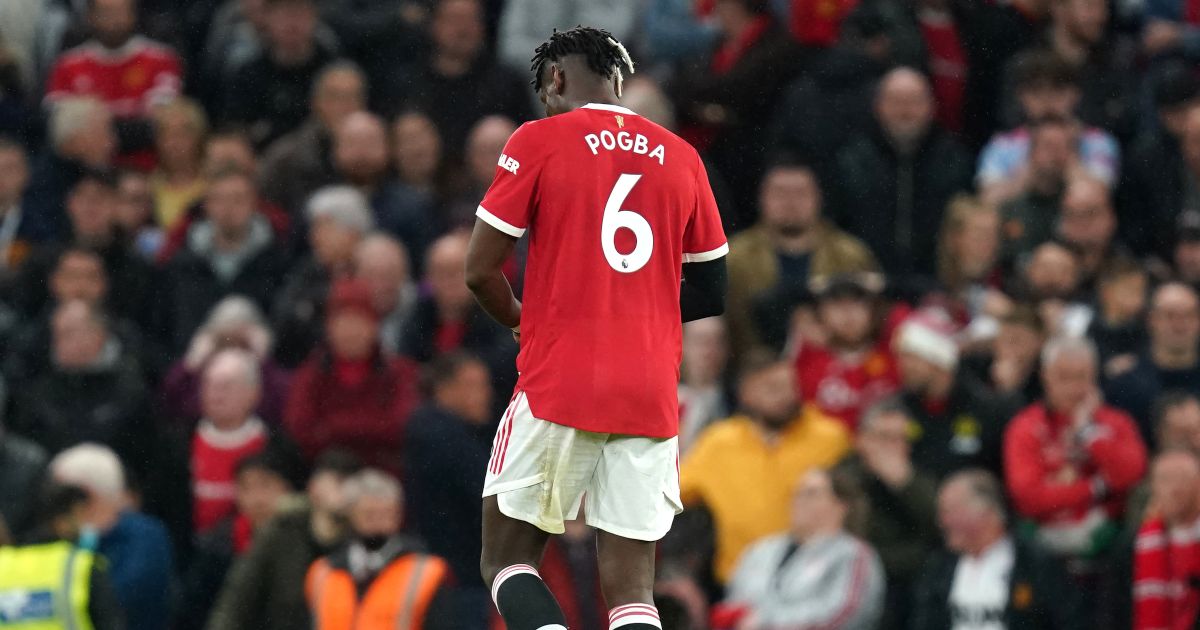 Talks over renewing Paul Pogba’s contract at Manchester United have stalled, while Newcastle continue their search for a new manager…

The France international’s deal expires at the end of the season with no obvious resolution to his contract situation. There has been constant speculation over the past few years, driven by his agent Raiola, that Pogba could be on the way out of Man Utd.

Juventus and Real Madrid have been the two clubs linked the most and Pogba will be free to talk to foreign clubs about a free transfer in January. And now Spanish publication AS claims that Pogba is ‘back on the Madrid radar’but the Red Devils ‘will not get out of the way.’

United ‘are going to get the meat on the spit’ but his agent, Raiola, has said that talks ‘will not be until April’ with the ‘waiting time’ suiting Real Madrid and other potential suitors. It is said to be a ‘maneuver to see what happens to the situation of Pogba himself in the plans of’ Man Utd with the report adding that there is ‘no harmony with Solskjaer and Pogba’.

With Kylian Mbappe another player being courted by Real Madrid, the La Liga giants could use Pogba as ‘a spur to cheer on his friend’ this summer.

Ajax boss Erik Ten Hag claims it will take an “exceptional and extraordinary offer” to tempt him to leave the Dutch club for Newcastle United.

The Magpies have already been heavily linked with former Arsenal winger Marc Overmarsl, who holds the position at Ajax and has earned plaudits for his role in their recruitment and development of talent. But now it is the Dutch club’s manager who is being heavily linked with a move to Newcastle following their takeover by a Saudi-led consortium.

The Ajax boss has won two Eredivisie titles since his arrival in 2017 and famously guided a young side into the semi-finals of the Champions League in 2019 – a 96th-minute Lucas Moura strike eliminating them from the competition. Ten Hag has almost three years left on his deal but can leave after just three months’ notice if he receives an offer, owing to a clause in his contract.

Addressing speculation over a potential move to Newcastle, Ten Hag said: “Marc hasn’t informed me. I don’t think he’s withholding anything from me either. I’m not working on and now is definitely not the time.

“There’s no reason for me to think about that now. I am very happy at Ajax and I give everything for the club, every day.

“I know you can’t plan anything in football, but you have to make an exceptional and extraordinary offer if I want to change my plans.”

AND THE REST…
Everton and West Ham are among those keen on signing Inter Milan winger Ivan Perisic…Angelo Fulgini of Ligue 1 side Angers is attracting the interest of Premier League clubs after the Frenchman scored against PSG last weekend. Chelsea have made an enquiry over the availability of Porto winger Luis Diaz but Newcastle, Bayern Munich and Real Madrid have also contacted the 24-year-old’s representatives…Arsenal duo Konstantinos Mavropanos and Matteo Guendouzi, who are on loan at Stuttgart and Marseille respectively, are expected to make the moves permanent next summer.