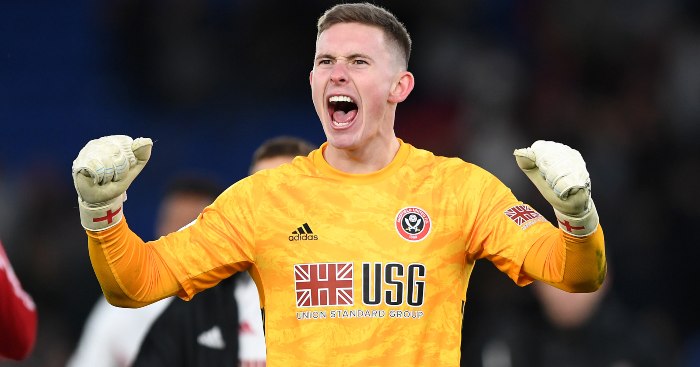 MAN UTD ENCOURAGED OVER DEMBELE MISSION
Ed Woodward is on a mission, apparently…

According to the Daily Star, the aim for the Manchester United vice-chairman is to sign a striker. Granted, he’s missed the deadline somewhat, but that isn’t deterring Woodward from going after Lyon’s Moussa Dembele.

United were linked with Dembele last month, when they seemed to realise too late what everyone else knew since last summer. In the end, the Red Devils signed Odion Ighalo on a six-month loan deal but Woodward is carrying on regardless.

The story goes that Lyon have given Woodward – and anyone else – the green light to sign Dembele for £60million. Which presumably they could have done in January. But the feeling remains that United aren’t quite sure whether the striker is worth it. Had they been certain of Dembele’s credentials, they would have paid the money last month rather than go for a stop-gap from China who couldn’t go near the training ground for a fortnight.

PSG TARGET RED DEVILS KEEPER
Dean Henderson could be making the reverse journey across the Channel if PSG have anything to do with it.

United have a dilemma over the goalkeeper who is currently impressing in Sheffield United’s sticks for the second season in succession. Henderson will return to Old Trafford in the summer expecting to continue as a first-team keeper but David De Gea remains in his way at United.

The Daily Mail says the Blades, Chelsea and Tottenham are all monitoring the 22-year-old’s situation, and so too now are PSG. Which is convenient for Henderson’s representatives.

MBAPPE TO BE OFFERED HUGE INCENTIVE TO SNUB REAL
PSG are hoping that Kylian Mbappe will stick around for a while longer to get on the end of Henderson’s goal kicks. But the feeling remains that the France superstar will eventually find himself at Real Madrid.

Mbappe’s current deal runs until 2022 but AS claims Real are waiting until a year before it expires to make their move. So PSG are looking to get ahead of the game by offering the 21-year-old new terms.

It was reported by L’Equipe that Mbappe currently earns less than two-thirds the salary Neymar rakes in but PSG are said to be willing to more than double the size of the Frenchman’s wage packet to a whopping £788,000 a week.

AND THE REST
Tottenham could make a double swoop on Norwich for Ben Godfrey and Max Aarons… Spurs will look to sell Eric Dier unless he agrees new terms… Real Madrid are willing to meet Lautaro Martinez’s release clause to get him out of Inter Milan… Man City have joined Spurs and Arsenal in the race for RB Leipzig defender Dayot Upamecano.