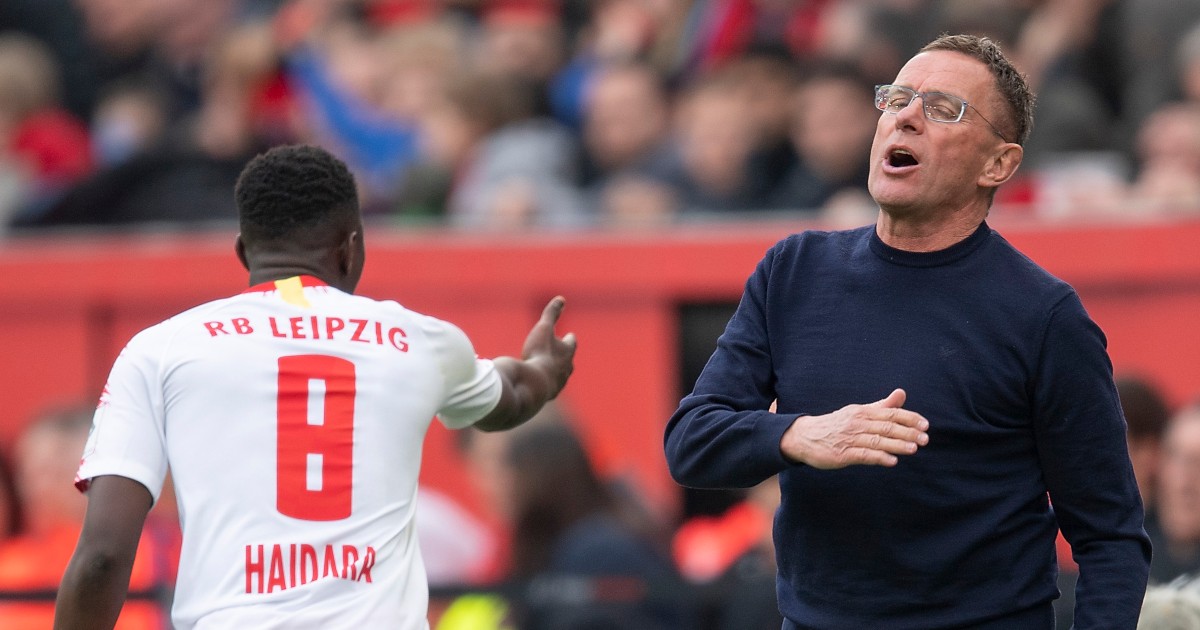 HAID AND SEEK
What do Frank Stapleton, Viv Anderson, Marouane Fellaini, Ander Herrera, Eric Bailly and Dan James all have in common? Probably not much beyond being the first signings of the last however many Manchester United managers. And the wait is on to see who might join them in January.

Ralf Rangnick has taken over and while the German is interim manager only, his role as consultant for two years thereafter mean he will undoubtedly have some influence over January transfers. An old face is on his agenda.

Amadou Haidara followed the coach from Salzburg to Leipzig in December 2018, with the £33m release clause in his current contract being explored as Rangnick considers packing him up in his suitcase once again.

Declan Rice, Kalvin Phillips and Aurelien Tchouameni are also mentioned by the Daily Mail but the fact Haidara ‘is well versed in Rangnick’s methods’ could sway things in his favour. The 23-year-old will be watched against Union Berlin in the Bundesliga on Friday, then Manchester City in the Champions League the following Tuesday.

RED FERRAN
The blue side of the city might otherwise be occupied with the future of Ferran Torres. As Barcelona vice-president Rafael Yuste has confirmed, with absolutely no discretion: “Ferran is a great player and we are working with discretion.”

The Times say a meeting between representatives from the club took place last Friday, during which Barcelona floated the usual idea of flogging Philippe Coutinho off in a part-exchange deal.

Manchester City, however, want cash. ‘In excess of double the fee they paid Valencia,’ to be exact. Good luck to Barcelona in stumping up the necessary £40m in that case.

OUT WITH THE OLD, IN WITH THE NOU
If Barcelona cannot extricate Torres from Manchester, they might try their luck with Anthony Martial. Marca suggest the Catalans are ‘keeping tabs on the out-of-favour striker’.

It does seem to be a recycled rumour, unfortunately, but aren’t they all? The ‘electrifying’ forward ‘would be viewed as a noticeable upgrade’ on Luuk de Jong, at least, which is precisely where the bar seems to be at the Nou Camp currently.

Manchester United will be devastated. Martial has more than two years left on his contract and is producing fairly surprisingly effective pressing numbers, so Rangnick might at least take a look before sending the Frenchman on his way.