Home Football Transfer Gossip Gossip: One Brazilian winger in, one out in Liverpool 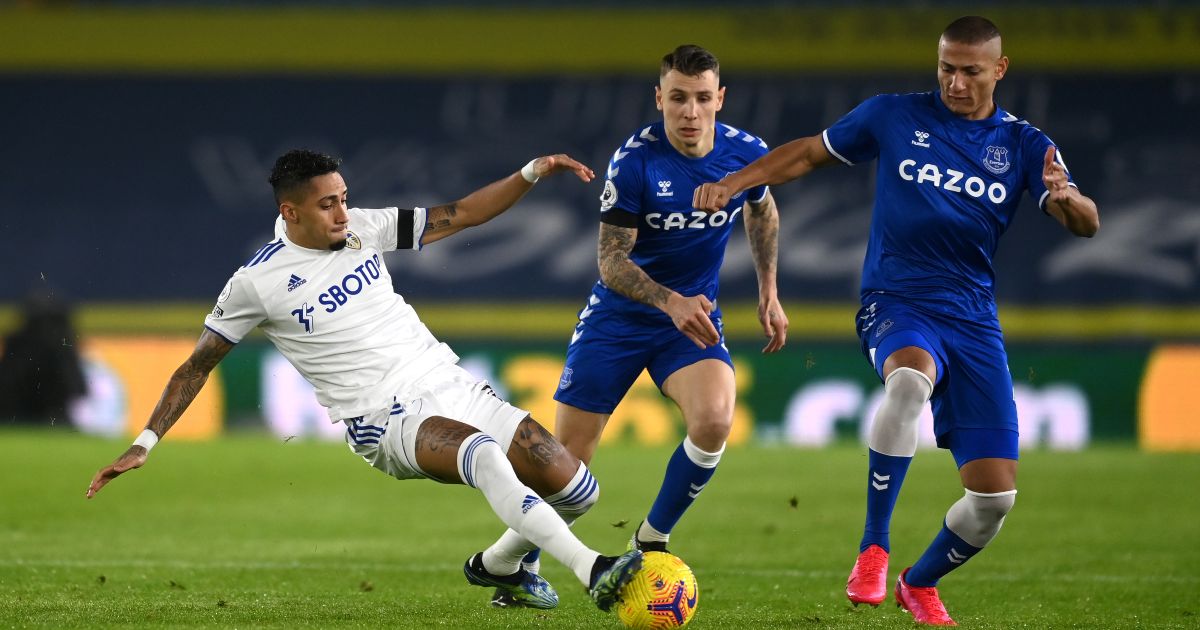 LIVERPOOL ‘LEAD THE RACE’ FOR RAPHINHA
It has long been said that Raphinha is an ideal signing for Liverpool, but they are by no means the only club who have been impressed with the debut Premier League season of the uncapped Brazilian. Six Premier League goals and nine assists is quite a haul.

The latest claim is that Liverpool ‘lead the race’ but that the two Manchester clubs are also interested in the winger. United have long looked for right-wing solutions while City are said to be ready to cash in on both Raheem Sterling and Riyad Mahrez and target some younger wingers.

Confirmed. Liverpool lead the race for #Raphinha but also Manchester United and Manchester City are following the winger. Not a simple deal cause Leeds want to keep him. #LFC #LUFC #MUFC #MCFC @tvdellosport https://t.co/Pj7ziC5apy

RICHARLISON ON REAL RADAR?
Well, if there was one Everton player capable of making the step up to Real Madrid with Carlo Ancelotti it is Richarlison, who is definitely the Toffees’ most valuable asset. The Brazilian has notched eight goals in 23 games for his country, which is a far better strike rate than the seven in 34 that he scored in the Premier League last season.

Football Insider claim that ‘the club will listen to offers for Richarlison if he pushes for an exit’ though the Liverpool Echo have since claimed that the club are expecting no such offers from Real Madrid. Nobody mentions a possible price, though Everton did reportedly turn down £85m from Barcelona last year.

NORWICH WANT MORE MONEY FOR BUENDIA
‘ARSENAL and Aston Villa have made official bids for Norwich’s £40million-rated winger Emi Buendia,’ according to The Sun. Both bids are said to be £30m-plus but this report claims that the Canaries have no need to sell and are looking for £40m for the Argentine.

Buendia wanted to leave Norwich last summer after his debut season in the Premier League but no bids were forthcoming. Now the Championship player of the year could have his pick of clubs. Although he has played on the right wing for the Canaries, it is thought that both the Gunners and Villa are eyeing him as a potential 10.

AND THE REST
Arsenal are ready to offload French midfielder Matteo Guendouzi for just £8.6m…Norwich are set to make a bid of around £10m for Celticdefender Kristoffer Ajer…Fiorentina are interested in signing French midfielder Tiemoue Bakayoko on loan from Chelsea.