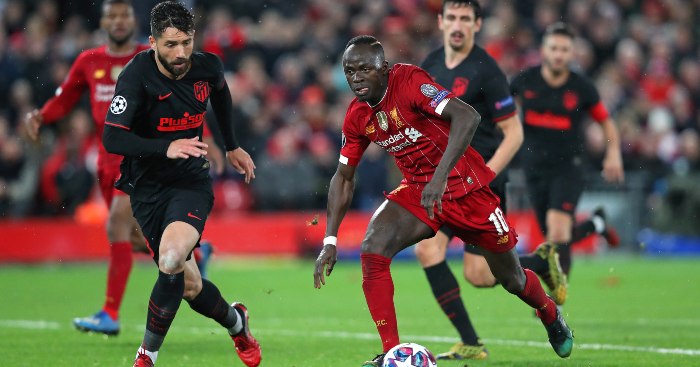 UNITED ‘CONFIDENT’ OF SIGNING SAUL
Given the financial and logistical crisis currently facing European football, many feel this summer’s transfer market will be quieter than usual. The tabloids, however, seem to think the big hitters will still make it rain…

The Daily Star is pushing a line this morning around Manchester United’s growing belief over landing Saul Niguez. Apparently, Ed Woodward is confident of getting a deal done which would see the Red Devils pay £135million to activate the 25-year-old’s release clause.

Saul is three years into a nine-year contract but Atletico Madrid have been trying to get the midfielder to discuss new terms that would increase that release clause – which a cynic might suggest is the reason United’s name is being dragged into his situation.

But this report reckons United have identified Saul as the perfect replacement for Paul Pogba, should Real Madrid finally stump up for the want-away star who hasn’t started for United since September.

ARSENAL AND LIVERPOOL STRIKERS ON REAL HIT-LIST
But Pogba might be concerned to learn that Real have other plans for whatever transfer kitty Florentino Perez can muster. It seems Zinedine Zidane wants a centre-forward and the Real coach has a hitlist…

According to the Daily Express, Pierre-Emerick Aubameyang features among Real’s options. Zidane has already spoken with the Arsenal striker, who has only a year remaining on his contract.

But in that conversation, Aubameyang has been informed that he is not Real’s first choice. Their primary target is Erling Haaland, who has had a belting three and a half months at Borussia Dortmund. The Germans could land a profit worth in excess of £30million on the £18million they paid RB Leipzig over New Year.

Aubameyang isn’t even Plan B. Real’s preferred alternative would be Sadio Mane – but the Liverpool star would cost almost three times what Haaland might if they are right in thinking the Senegal star could be prised away from Anfield for £140million.

AND THE REST
Arsenal are considering a move for Brondby youngster Anis Ben Slimane… Newcastle are eyeing free transfer moves for Burnley pair Jeff Hendrick and Robbie Brady… Roma reckon they can get Man Utd to lower their £25million asking price for Chris Smaling… Roma only want to pay £10million for Arsenal loanee Henrikh Mkhitaryan… Real and Varca are both in for RB Leipzig defender Dayot Upamecano… Galatasaray could offer Mbwana Samatta a swift escape route should Aston Villa be relegated.