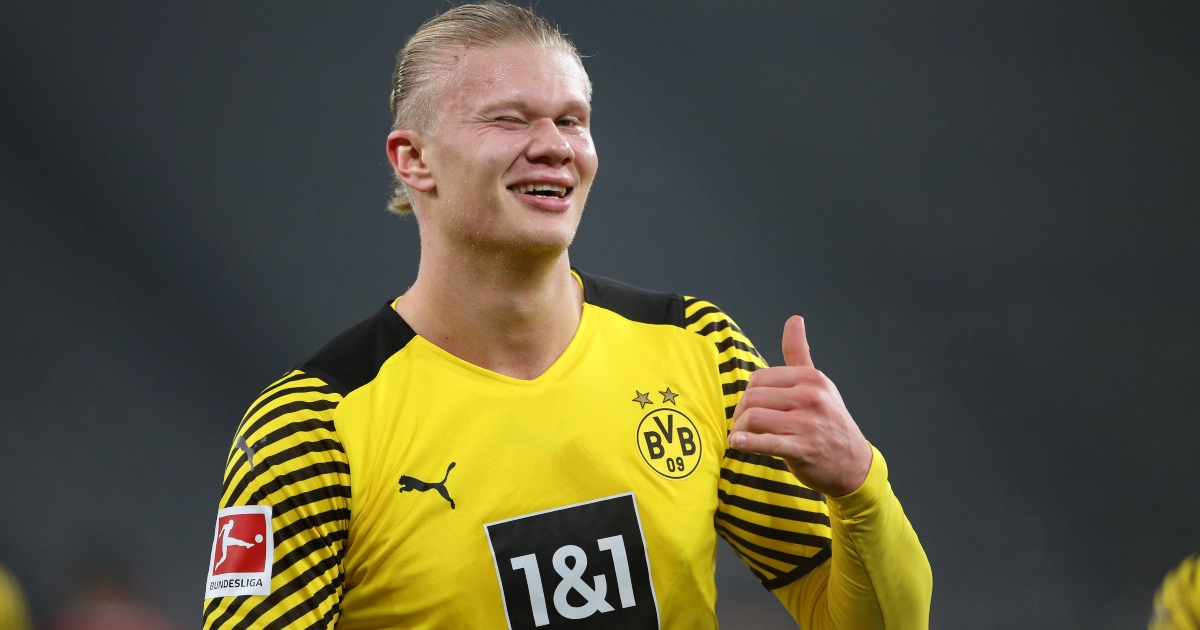 Real Madrid are feeling confident they have won the race to sign Erling Haaland, while Man Utd are being credited with an interest in an Italy star…

REAL BULLISH OVER HAALAND
With Kylian Mbappe apparently wavering over a move to the Bernabeu amid interest from Liverpool and the expectation of a renewal offer from PSG worth around a gazillion euros a week, Real Madrid need to do something…

So it would appear they have decided to zero in on Erling Haaland. The Borussia Dortmund striker is set to move this summer due to a clause in his contract that makes him available for around £68million.

Every big-hitter in Europe has been linked with the Norwegian goal-machine, with Manchester City, Manchester United and Chelsea among the Premier League clubs to have registered an interest. But Sport reckons Real are feeling confident.

Apparently the La Liga leaders believe they are in pole position for Haaland after talks with the centre-forward’s representatives. Whether they could afford both Haaland and Mbappe is for Florentino Perez to decide, but those two in the same forward line is a f***ing frightening prospect.

CHELSEA LINKED AGAIN WITH GAVI
Barcelona are also in the market for Haaland, but the Catalans have a job on keeping the players they already have.

Gavi is one of the latest talents to come off the La Masia production line, but Barca are having trouble trying to convince the teenager to commit to a new contract.

His current terms expire next year and leave Barca vulnerable to an offer of £42million. The whole of Europe is aware of the buy-out clause and a number of clubs have been linked with the 17-year-old, including Liverpool.

But El Nacional credits Chelsea with the strongest interest, with the Blues ready to make their move in the summer if Barca and Gavi cannot find any common ground in the meantime.

MAN UTD JOIN LIVERPOOL IN ZANIOLO RACE
Roma could have a similar issue with Nicolo Zaniolo, though the Italians have another year before they really have to worry.

Zaniolo is under contract in Rome until 2024 but that isn’t stopping the Italy international from being hawked around.

His agent admitted this week that there are no renewal talks currently taking place or scheduled, while interest from Liverpool and Juventus has also emerged.

According to ASRomaLive, Manchester United have also put a call in to Zaniolo’s people, who could seek a move for their client this summer.