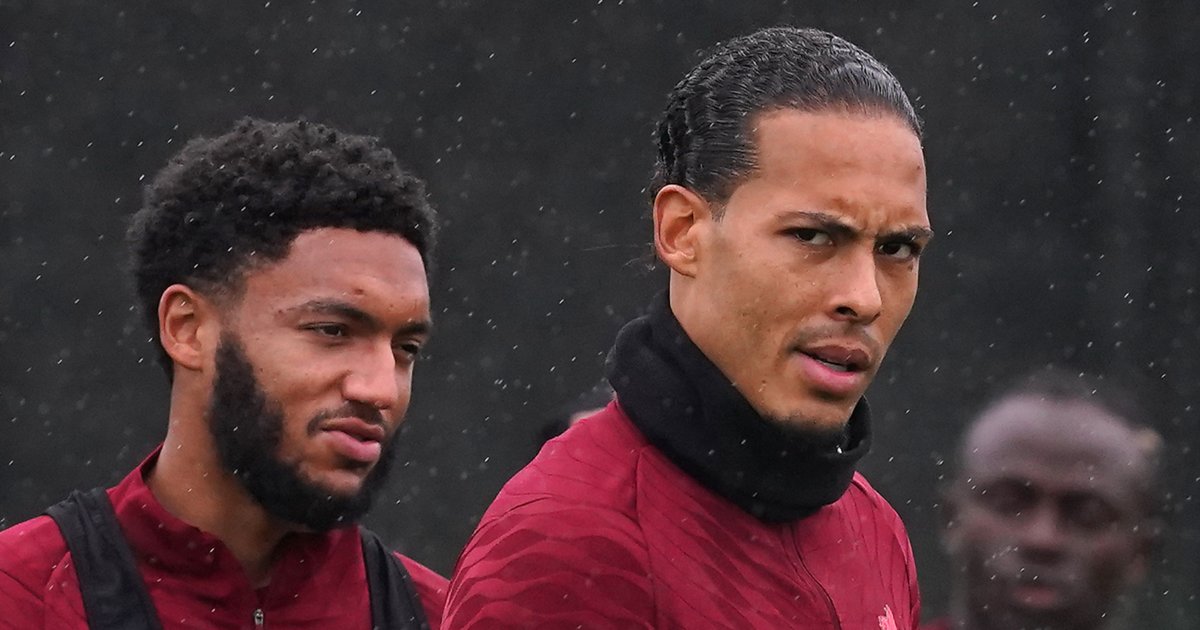 REAL FOOTBALL FOR GOMEZ?
To be perfectly honest, we had not noticed just how little football Joe Gomez was playing at Liverpool this season. As it stands, he has not started a single Premier League game and has started just once in the Champions League against AC Milan. He has been Mr Carabao Cup, which is doing absolutely nothing for his England prospects. The signing of Ibrahima Konate has left him very clearly as Liverpool’s fourth-choice centre-back, which is not the job it would have been in 20/21.

Gomez has been linked with Aston Villa but that’s small fry compared to the latest talk from the Mail, who claim that Real Madrid ‘are monitoring’ him, along with various other central defensive targets like Antonio Rudiger, Jules Kounde, Pau Torres and Matthijs de Ligt.

WILL MONEY TALK FOR DEMBELE?
Ousmane Dembele loves Barcelona and Barcelona loves Ousmane Dembele but reports in Spain claim that his agent is in his ear making it clear that he could double his wages is he leaves for nothing this summer. That must sound tempting, but them so do Xavi’s plans to keep the winger at the heart of his new Barcelona side now he is actually fit. He has started three unbeaten La Liga games in a row.

According to this latest report, pushed through Google Translate: ‘The clubs that are pushing the strongest for him are Juventus, Manchester United and Chelsea, although no one would be surprised by the irruption of PSG at the last minute to further mess the matter.’ Irruption? Fancy.

PATT AT THE BACK
Everton will go back a third time for Rangers right-back Nathan Patterson, who is likely to cost £10m, according to the Daily Mail, who write that Rafa Benitez ‘is determined to bring in a player who will one day be able to replace club captain Seamus Coleman’. One day? He needs replacing now as he looks every one of his 33 years this season. Patterson is 20 and a full Scotland international but rarely plays at right-back for Rangers because of James Tavernier.

Vitaliy Mykolenko, Dynamo Kiev’s left-back, is another January target as it seems unlikely that Lucas Digne will play for Everton again under the Spaniard. He has been strongly linked with Napoli.