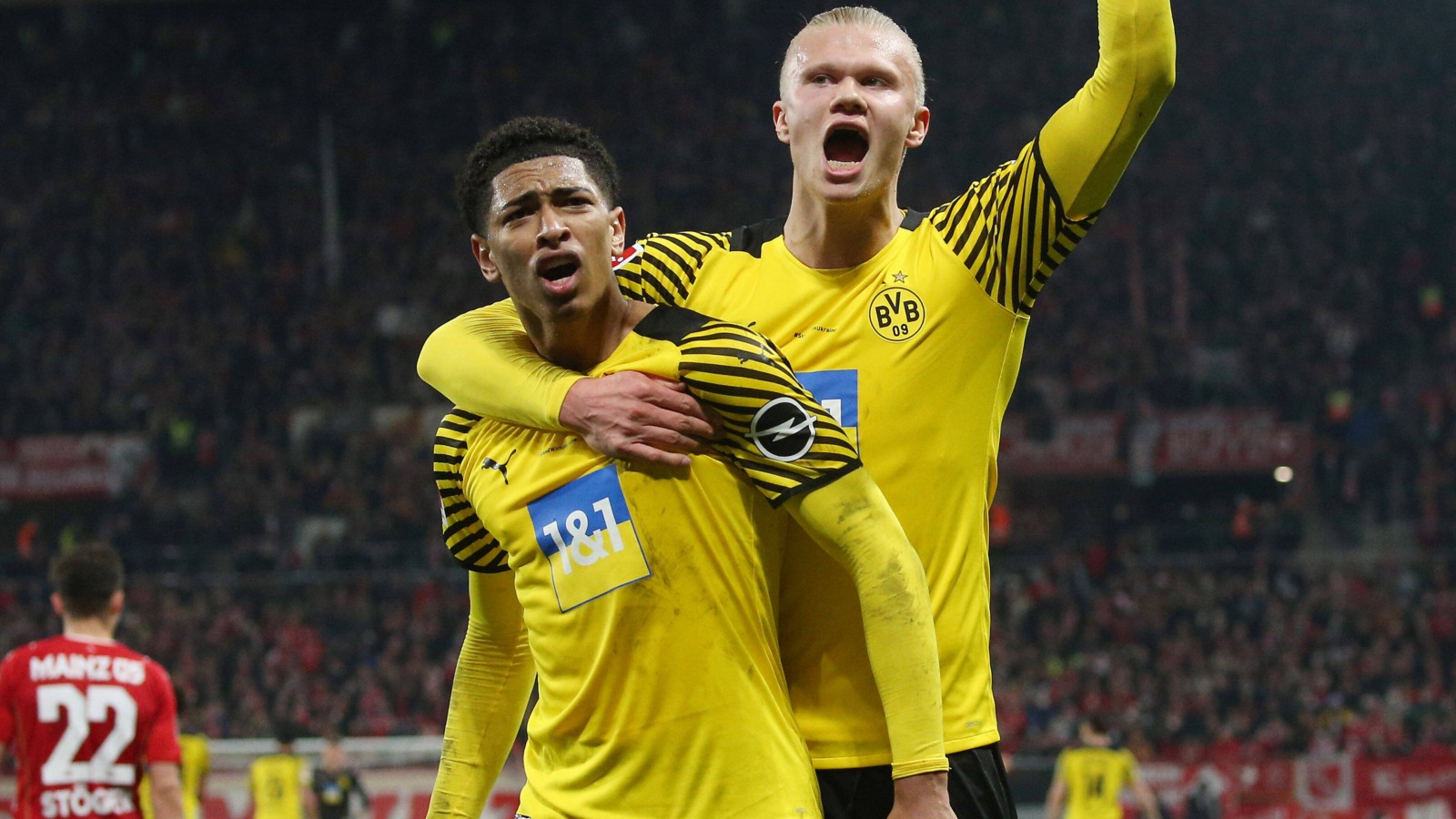 Real Madrid are hoping to park Jude Bellingham and Erling Haaland at Dortmund for another year before taking both in 2023, while Arsenal are one of two clubs in for Lautaro Martinez…

REAL TO RIVAL REDS FOR BELLINGHAM
Liverpool were never going to have it all their own way over Jude Bellingham and reports suggest Real Madrid have joined the Reds in the race for Jude Bellingham.

Jurgen Klopp is a huge fan of the England midfielder who has been catching eyes across Europe with his performances for Borussia Dortmund.

Liverpool are expected to make a firm approach for Bellingham this summer but Bild reckons Real will look to leave it a year before making their move in 2023.

Bellingham is not the only star the Spanish side are hoping to leave in Dortmund for another season. Real are said to be keen to persuade Erling Haaland to stay where he is for another 12 months while they make provisions for Kylian Mbappe before pairing them in their attack from the 2023-24 season.

Real may also look to swoop for Aurelin Tchouameni this summer, with Goal naming the La Liga leaders as one of five clubs interested in the Monaco midfielder.

The 14 Englishmen with over 3000 minutes of football this season

LEEDS SET RAPHINHA PRICE
Barcelona have backed away from Mbappe and Haaland, with Joan Laporta insisting the pair are ‘far away’ from the Nou Camp because of the finances involved in deals for either striker.

Laporta, though, admits Barca are keen on Leeds winger Raphinha: “He is a player we really like.”

The Brazilian won’t come cheap, however, with the Mirror says Leeds have placed a £67million price tag on the 25-year-old.

It seems Barca were hoping to take advantage of a clause in Raphinha’s contract to pay only around half that amount but The Athletic says the clause in his current terms is one that could only be activated upon Leeds being relegated.

ARSENAL IN FOR INTER STAR
Arsenal are in the market for a centre-forward this summer, with Dominic Calvert-Lewin said to be among their targets.

There were reports that the Everton striker has a deal lined up with another Premier League club but the England forward’s agent has issued a firm denial.

So Arsenal may have turned their attention elsewhere, with the Gunners one of two clubs linked with Lautaro Martinez.

The Inter Milan striker looks set to move on this summer, with the Italians open to selling the 24-year-old for £58million.

Calciomercato says Arsenal have competition from Atletico Madrid for Martinez, though Diego Simeone’s side are also in for Paulo Dybala, with Mundo Deportivo reporting that the Rojiblancos are the Juve star’s preferred destination when he becomes a free agent in the summer.