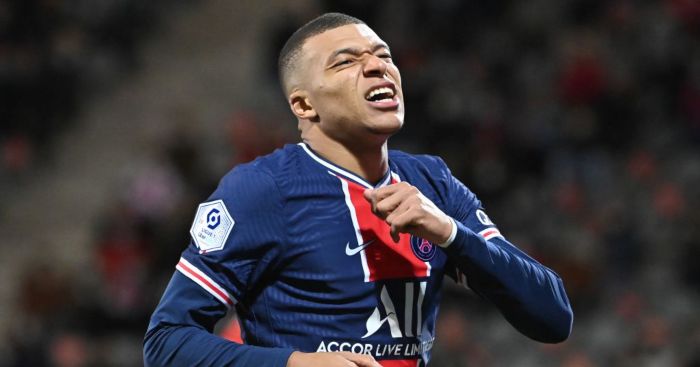 REAL PROBLEMS OVER MBAPPE DEAL
The assumption was that Real Madrid were saving their pennies in summer not just because of the global pandemic but also to fund a splurge in 2021. But it seems their thriftiness has not paid off.

Despite the tightening of belts around the Bernabeu, Real are still struggling to afford Kylian Mbappe. That’s the word according to Le Parisien at least, with the France star’s wages said to be unaffordable at a time when others are being asked to take pay cuts.

Real, apparently, cannot raise the required funds despite Mbappe closing in on the final year of his contract at PSG. His terms, and Neymar’s too, expire in 2022 and while the Brazilian is keen to extend since he appears to have recognised that no other club can afford him, Mbappe was widely believed to be keen to try something new.

So if Real are out of the picture, then PSG might fancy their chances of tempting Mbappe back to the negotiating table. Or, more likely, ahead of us we’ve got six months or more of the French star being linked with Liverpool.

READ MORE: Klopp needs to open his eyes and stop taking the p*ss

CHELSEA ‘LEAD ALABA CHASE’
David Alaba’s contract expires even sooner and the Bayern Munich defender seems certain to leave Bavaria, if not in January, then certainly next summer.

Manchester City have been linked with the Austria international, while so too have Real and Juventus. But Chelsea’s name has been thrown into the hat by AS.

Indeed, the Blues are thought to have been thrust to the head to the queue to land Alaba, who can agree a pre-contract agreement in the New Year.

Bayern have has their say over Pini Zahavi having his mitts all over Alaba, but the agent’s influence is thought to strengthen Chelsea’s case given his history of working with the Blues in the past.

GIROUD TO INTER, ERIKSEN GOING NOWHERE
Two other names you’re likely to be sick of by the time January rolls around: Christian Eriksen and Olivier Giroud.

Both are struggling to get a game, with Inter and Chelsea respectively. Inter are being linked with Giroud agains this morning, with Tuttosport suggesting they want to take the France striker on a six-month loan deal with the option to buy. Which seems to ignore the fact that Giroud will be a free agent come the summer.

Eriksen’s name is being linked with Manchester United this morning, with some gossip mongers pointing to a Football Insider report while suggesting that the Red Devils could make a move for the Denmark playmaker if Spurs don’t want to re-sign him.

The ‘could’ seems to be doing a lot of heavy lifting since United’s name is not mentioned in the story which details how Jose Mourinho has no desire to bring Eriksen back to Spurs, Which we knew anyway.