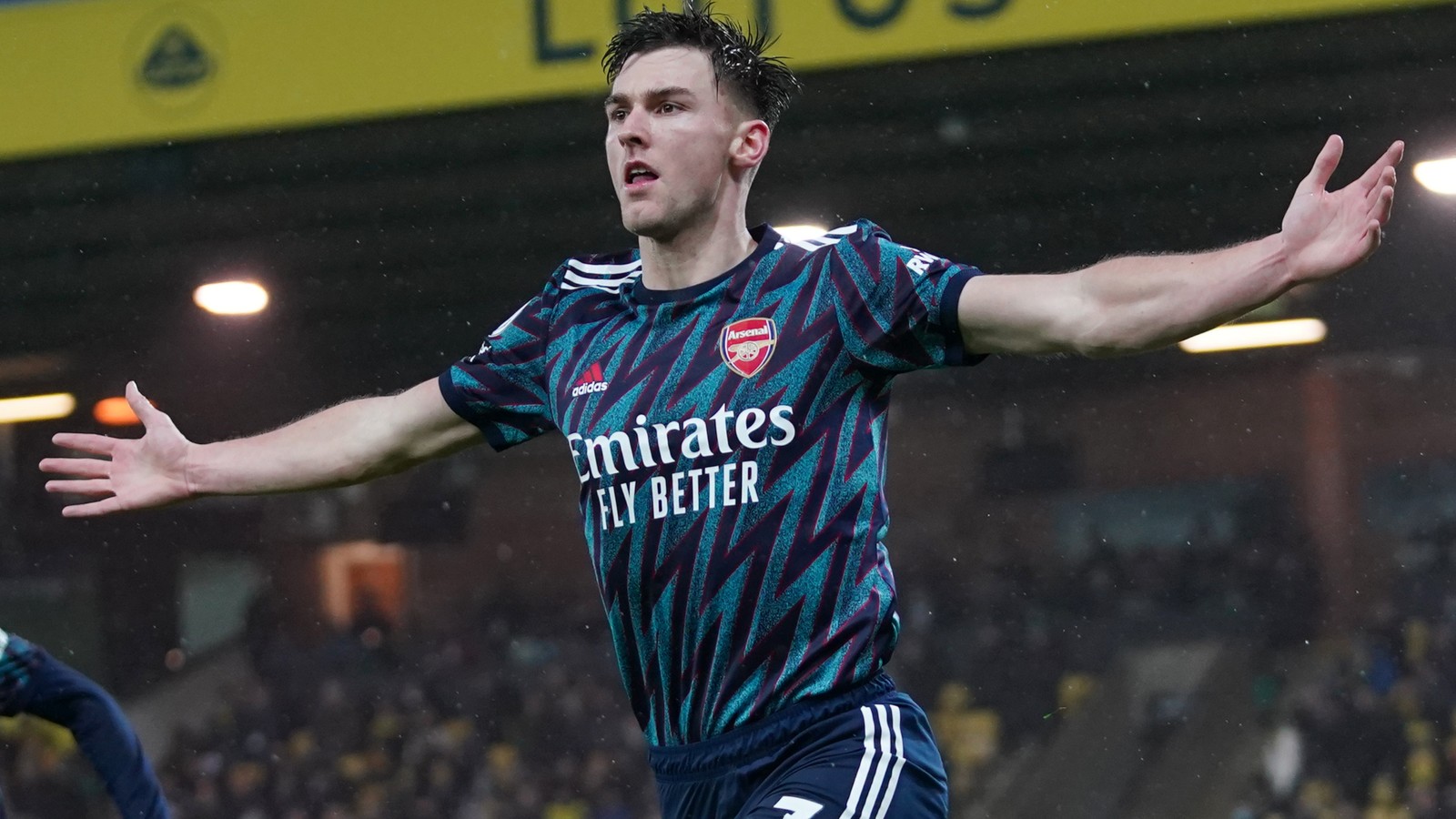 Real Madrid initially went to check on Bukayo Saka but came away convinced over one of the Arsenal attacker’s team-mates, while PSG could offer Romelu Lukaku a route out of Chelsea…

The Italian boss tried to sign the left-back for Napoli when the Scotland international was considering his options to move on from Celtic. Arsenal won the race in 2019, but three years on, Ancelotti wants to try again to land Tierney for Real Madrid.

And it isn’t just Ancelotti who’s sweet on the 24-year-old. The Sunday Post says Tierney was the subject of a ‘glowing report’ from Real’s chief scout Juni Calafat, who was originally dispatched to watch Arsenal to compile a detailed analysis on Bukayo Saka.

Apparently, Real are keen to offer Arsenal £50million – twice what the Gunners paid for Tierney – early in the summer to avoid the prospect of a bidding war, with Barcelona also said to have been sold on the defender’s quality.

BARCA AGREE LEWANDOWSKI DEAL
With Tierney and half a million other stars on their radar, including Leeds winger Raphinha, Barca are no longer brassic, it would seem…

The Catalans are also in the market for strikers this summer, with a move for Erling Haaland mooted. The Borussia Dortmund’s wages, though, may prove to be too big even for them.

But Barca obviously feel they can afford to meet Robert Lewandowski’s demands since one report suggest they already have. Sport claims the La Liga giants have agreed personal terms with the Poland hit-man and all they need do now is convince Bayern Munich to sell.

Barca are said to be prepared to pay £50million for a striker who will turn 34 at the start of next season with only a year left on his current deal at Bayern.

LUKAKU AMONG PSG TARGETS
PSG are also on the hunt for forwards, with Kylian Mbappe set to become a free agent, while Lionel Messi and Neymar were jeered throughout the entirety of their last home game.

To their list has been added the name of Romelu Lukaku. That’s the claim of Football Insider, at least…

Their report, sourced from a ‘recruitment insider’, suggests PSG are looking to capitalise on Lukaku’s unhappiness at Chelsea following his public bust-up with Thomas Tuchel earlier in the season.

Tuchel is not best pleased with Lukaku either judging from the time the £97million centre-forward has spent on the bench lately and it remains to be seen how much of their investment in the 28-year-old they might get back.