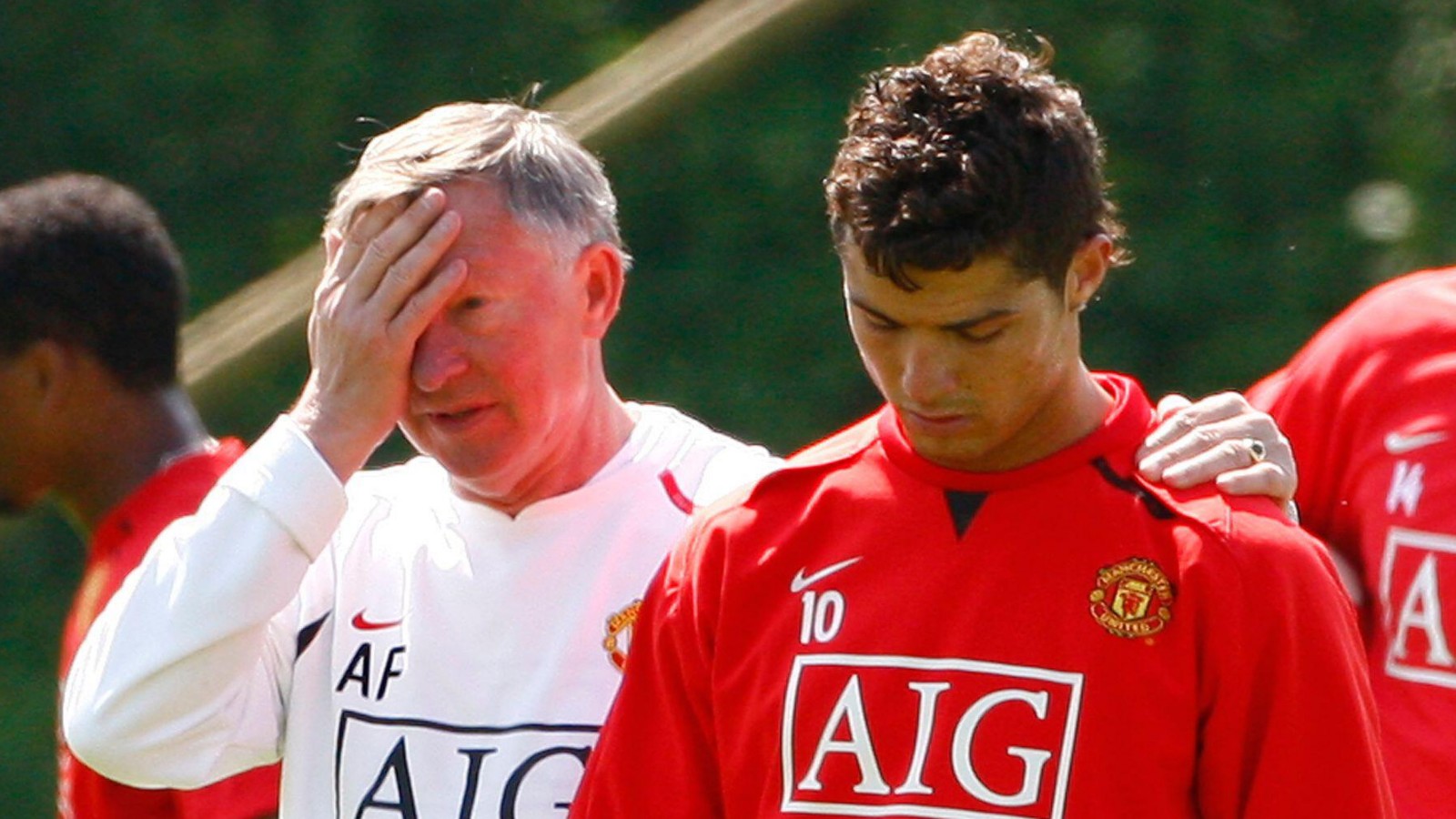 Sir Alex Ferguson was at Carrington on the day wantaway Cristiano Ronaldo finally returned but Man Utd insist this was no ‘charm offensive’.

GREAT SCOT
Sensational a footballer though he is, Cristiano Ronaldo’s grasp of contractual law seems as watertight as his moral compass. The Portuguese finally returned to Carrington on Tuesday to reiterate his desire to leave Manchester United. The club, in turn, pointed out that they hold each and every card in this situation.

Ronaldo missed the first three weeks of pre-season after being given compassionate leave, but was back with his employers to undergo routine physical tests and even partake in a tour debrief with Erik ten Hag, despite playing no part of that tour. During his time at United HQ, the forward and agent Jorge Mendes met with Ricard Arnold and John Murtough to discuss the future.

While the Ronaldo party underlined his desire to leave for a Champions League team, Manchester United’s representatives made it expressly clear that would not be happening.

The presence of Sir Alex Ferguson at Carrington raised eyebrows, particularly considering his intervention in steering Ronaldo back to Old Trafford despite interest from Manchester City last year. But according to The Sun, Manchester United are insistent that the legendary manager was only attending a pre-arranged lunch and his attendance in the same vicinity as Ronaldo ‘was not said to be part of any charm offensive’.

WES WALLY
There are few less interesting stories in world football than the future of Jules Kounde. Brilliant footballer though he surely is, the constant stream of banal updates and flip-flopping makes it difficult to not lose interest.

That is precisely what Chelsea seem to have done, however. There are reports that their attention has turned to Denzel Dumfries on Inter Milan, but the Daily Mail suggest it is Wesley Fofana who has caught the eye at Stamford Bridge.

The Leicester centre-half has been linked with the Blues before and with Kounde, Matthijs de Ligt and Nathan Ake proving too problematic to procure, Fofana heads a list including Presnel Kimpembe, Milan Skriniar and Josko Gvardiol.

Chelsea, crisis-ridden as they absolutely definitely are, do need another defender; Kalidou Koulibaly is not expected to replace both Antonio Rudiger and Andreas Christensen. But Leicester hold all the cards for Fofana, who they signed for £36.5m and whose contract runs for another five years.

TAKING THE SCHMEICHEL
Leicester are spinning a couple of transfer plates but supporters will be delighted to learn that both involve potential sales. The Foxes have still not made a single first-team signing this summer and might soon have a goalkeeper to replace.

Ligue Un club Nice want Kasper Schmeichel to replace Walter Benitez between the sticks and French newspaper L’Equipe describe the Dane as ‘an ambitious but accessible target’. He has a year left on his King Power contract and is intrigued by the prospect of playing in a different country at 35.

Any move is contingent on Leicester sourcing and signing a replacement first. Poor Danny Ward doesn’t need this sh*t.