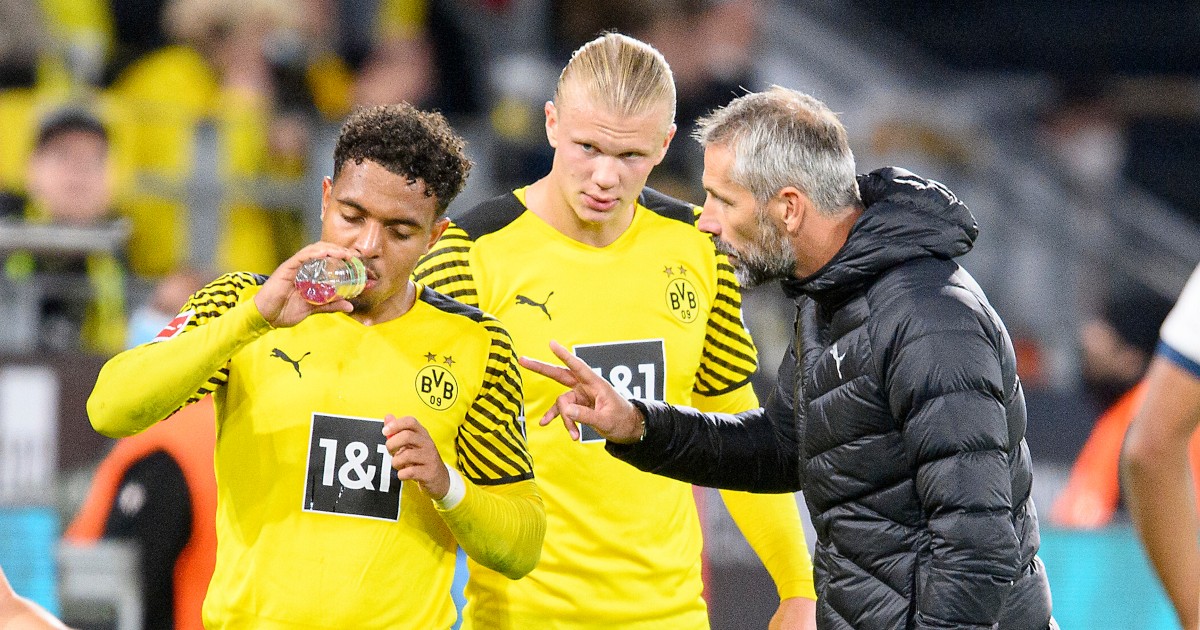 Manchester United hope Cristiano Ronaldo can give them a boost in the pursuit of Erling Haaland, while also securing the future of Paul Pogba.

While the arrival of Cristiano Ronaldo on a two-year contract with the option of a third as the league’s highest-paid ever might ordinarily preclude the signing of another centre-forward in the short-term, Erling Haaland is still on their radar.

ESPN go as far as to describe the Norwegian as the ‘priority transfer target’ at Manchester United next summer, when the £64.5m release clause in his Borussia Dortmund contract is activated. The Ronaldo deal was completed outside of their original plan but ‘the long-term objective of signing Haaland has not changed’.

Manchester United even believe the signing of Ronaldo could strengthen their pursuit of Haaland, who is known to admire his fellow robot. Plus Ole Gunnar Solskjaer is there.

The Sun and Daily Mail received the same brief of Old Trafford interest in Haaland. The former rule out Chelsea, Real Madrid and Bayern Munich as ‘realistic options’ for various reasons. The latter join the others in pitching this as some sort of Manchester battle; City are certain to enter any race for the striker.

POGBYE
Manchester United seem to think Ronaldo is the key to unlock everything: the signing of Haaland, world peace and perhaps even the future of Paul Pogba.

The Frenchman is in the final year of his contract with the club and could leave them on a free transfer for the second time after his initial departure for Juventus in 2012. Tuttosport say ‘the risk of history repeating itself’ is ‘concrete’ as The Old Lady would quite like him back.

They say that Pogba ‘wants to try something new,’ which the player himself confirmed as far back as summer 2019 when he spoke of having “a new challenge somewhere else”. But it could depend on how this season pans out at Old Trafford.

KYLE SEAT
The breaking news from Mike McGrath of the Daily Telegraph is that both Everton and Tottenham really wanted a right-back.

#Everton made an enquiry for Kyle Walker-Peters in final days of the window. #SaintsFC were not entertaining any deal. Also on ex-club #Spurs radar before they moved for Emerson Royal

Tottenham did indeed end up with Emerson Royal for £25.8m from Barcelona. Everton made everyone’s lives better by bringing Salomon Rondon back. Walker-Peters has made two appearances for Southampton: one as a substitute, one from the start and both as a left-back.