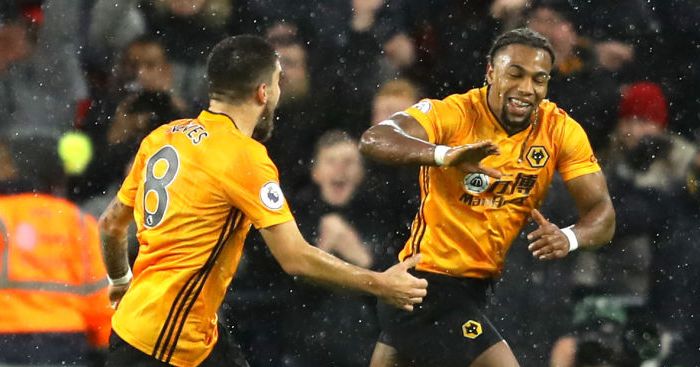 Jurgen Klopp is ‘losing patience’ in one Liverpool player and could let six go to bring in Ruben Neves and Adama Traore.

HUNTING WOLVES
Even with their inevitable collapse in the final few games of the season, Liverpool have won the title. That much is obvious and unavoidable.

So why not start preparing for next season? That seems to be Jurgen Klopp’s intention, as he aims to ‘freshen up the Reds’ midfield’ with a £50m signing.

The player in question is Ruben Neves, who ‘ticks all the right boxes’ for Liverpool. The Sun suggest the ‘growing question mark over’ Naby Keita, with whom Klopp ‘is losing patience’, will lead him to target the Portuguese.

Wolves are better suited to be predators than prey

Wolves must have done something to annoy the German because Adama Traore ‘remains very much on Klopp’s radar’. He would cost £60m.

How will Liverpool fund such deals in the same summer they turned down a move for priority target Timo Werner due to finances? By selling Xherdan Shaqiri, Divock Origi, Dejan Lovren, Harry Wilson and Marko Grujic, with Adam Lallana shifted off the wage bill.

Who will be signing those players and for how much is unknown. But a newspaper banned in Liverpool seems to know an awful lot about their transfer plans.

HUNTING FOXES
Leicester ‘could be forced to lower their asking price’ for Ben Chilwell. The London Evening Standard claim they ‘are all but resigned’ to losing him this summer to Chelsea.

The Foxes were planning on holding out for £80m or so, having successfully stood their ground with Manchester City and Manchester United over Riyad Mahrez and Harry Maguire in recent transfer windows. But his ‘desire’ to leave amid a global pandemic might see that valuation drop to as low as £50m.

Chilwell has four years left on his contract so quite how Leicester ‘could be forced to accept’ anything lower than what they want is a mystery. But they ‘have begun looking at replacements,’ including Ryan Bertrand.

Chelsea are even considering alternatives in Ajax’s Nicolas Tagliafico and Alex Telles of Porto. How very sensible of everyone.

The midfielder has played four of 12 Premier League games under Carlo Ancelotti, but an injury has sidelined him and Everton might look to claw back some money on a player entering the final year of his contract.

The Daily Mail say Nice are interested. But they ‘have yet to firm up their interest with an offer,’ despite a suggestion they could bid up to £7m.

Either way, he’s probably gone. Ancelotti, meanwhile, can start to properly show himself.