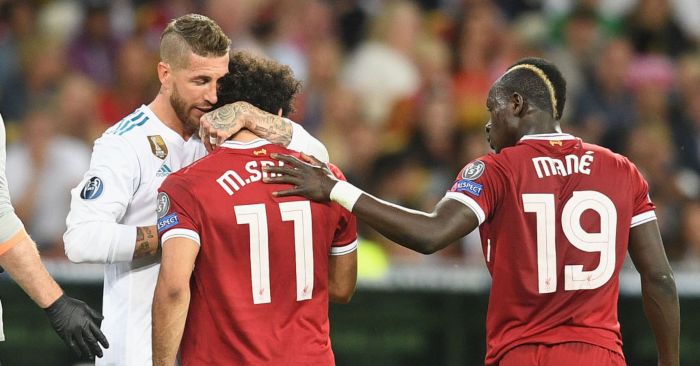 SAD STORY
While the entire premise of transfers might well be rendered redundant this summer, the speculation machine whirs on. And it suggests that Liverpool should proceed with caution.

The idea of one of their strikers leaving at some point has become a point of morbid fascination for many. Most assume Mo Salah will be the first to leave, while the invaluable Roberto Firmino has been linked with Bayern Munich.

But Sadio Mane might break up the supposedly disgruntled band before either even have a chance. The Daily Mirror state that he is Real Madrid’s ‘top transfer target’, with Zinedine Zidane a particularly ‘huge admirer’.

Mane’s representatives ‘have been made aware’ of Real’s stance, with the club ‘confident’ they can persuade him to join. But ‘a whopping offer’ would be required to tempt Liverpool into business, and the ‘belief’ is that £140m ought to do it.

Not even a year on, this still applies.

KINGS OF LEON
Liverpool might be making room for an attacking incoming. Mind, they are mentioned in the headline of a Daily Express transfer exclusive, yet are named just once in the entire article itself.

The claim is that Chelsea really want to sign Leon Bailey. Frank Lampard and Steven Gerrard were infamously never compatible as a midfielder partnership, and the former is intent on exacting a measure of petty revenge by signing the player who helped ‘destroy’ Rangers in midweek.

Bailey had three years left on his Bayer Leverkusen contract and would be subject to a bid of £85m. The England Jamaica international is also wanted by Arsenal, Manchester United and Liverpool (there’s that mention), so the Big Four is back in business.

There was ‘particular attention’ paid to Bailey by Chelsea scouts at Ibrox, where the 22-year-old played only 29 minutes but still scored. His age appeals and, with Willian and Pedro expected to leave, ‘he could be the perfect addition’.

UNBELIEVABLE, GEOFF
Over at Sky Sports, we are told that Tottenham ‘remain interested’ in Geoffrey Kondogbia. They are impressed with his ability to play football without tripping over his own shoelaces.

Lyall Thomas, for it is he, informs us that chief Spurs scout Steve Hitchen is ‘a long-term admirer’ of the Frenchman and ‘has continued to monitor his development this season’.

He will have seen him play anything up to 24 games, depending on the depth of said monitoring, with two full matches in that high-scoring Champions League tie against Atalanta among them. They were perhaps not the greatest of endorsements for a defensive midfielder.

AND THE REST
Manchester City forward Riyad Mahrez, 29, is considering a move to Paris St-Germain, who have shown an interest in signing the Algeria international in the summer… PSG expect their Brazil forward Neymar, 28, to leave in the summer and return to his former club Barcelona for 150m euros (£136m)… Barcelona are preparing to end their interest in Arsenal’s Gabonese striker Pierre-Emerick Aubameyang, 30… Chelsea have joined the race for Barcelona’s Marc Cucurella, 21, who is on loan at Getafe, with Napoli, Borussia Monchengladbach and Bayer Leverkusen also interested in the Spanish left-back… Ajax and Cameroon goalkeeper Andre Onana, 23, is being linked with a move to Chelsea after Spain’s Kepa Arrizabalaga, 25, was dropped to the bench following a run of poor form… Left-back Emerson Palmieri is wanted by Juventus, with the Serie A side preparing to offer £25m for the Chelsea and Italy 25-year-old.