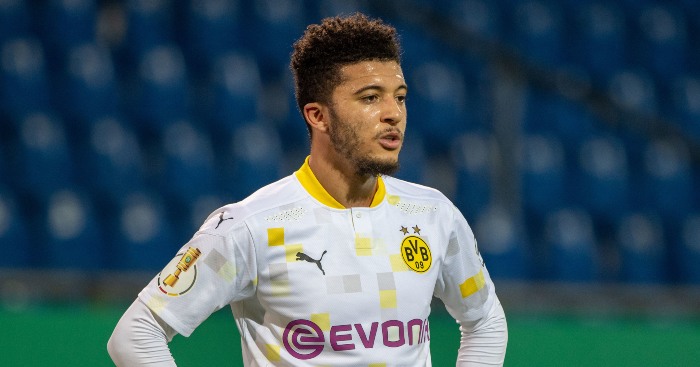 THREE CLUBS IN FOR SANCHO
According to transfer guru Fabrizio Romano, Jadon Sancho will leave Borussia Dortmund next summer and Manchester United will not have a free run at the winger.

Speaking on the Que Golazo Podcast, Romano said: “I expect Jadon Sancho to leave the club and be back in the Premier League. We have to understand if Manchester United will arrive with €120m (£109m), if they will be ready this time to sign the player or if they’ll take the risk of other clubs joining the race. I will say like Liverpool, Chelsea, and a lot of clubs are scouting the situation of Jadon Sancho, so at this point the race is open.”

MAN UNITED DEFENDER LINKS
Manchester United kept a clean sheet on Tuesday night but they are still being linked with all manner of defenders, with the Daily Mirror throwing in the name of Norwich right-back Max Aarons, who would provide much-needed competition for Aaron Wan-Bissaka.

Elsewhere, we are told by 90 Min that United have a list of central defenders on their target list, with Villarreal’s Pau Torres being joined by Sevilla’s Jules Kounde, Brighton’s Ben White, Leicester’s Caglar Soyuncu and Schalke’s Ozan Kabak.

WIJNALDUM ‘DESPERATE’ TO STAY
Gini Wijnaldum can open talks with Barcelona (or another club) on Friday as his Liverpool contract expires in the summer but the Liverpool Echo have brought some insight, claiming that ‘people close to Wijnaldum have indicated, privately, that he is desperate to stay on Merseyside where he is settled with his young family’.

The problem might be the money, as the Dutchman is still being paid the same wages that he agreed when he signed from Liverpool back in 2016. There is a ‘school of thought that suggests he would like to be remunerated with something more befitting of his squad status’ as he plays a key role both on and off the pitch (as a member of Liverpool’s four-man leadership committee).

The people in charge of transfers at every Premier League club…