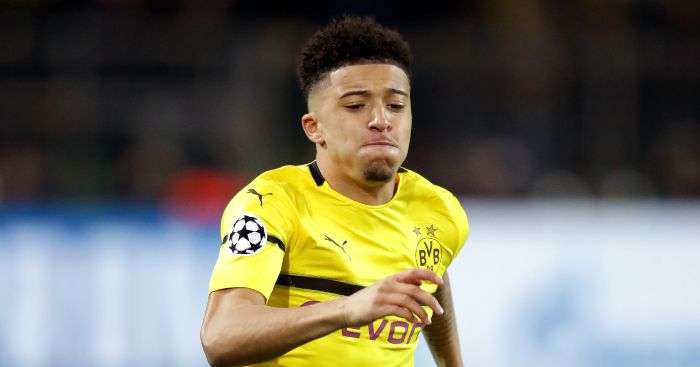 It turns out Manchester United probably shouldn’t have played silly beggars this summer. Their method of trying to extract Jadon Sancho from Borussia Dortmund without ever actually doing much of anything has left the player ‘feeling undervalued’, while empowering other clubs to get their finances in order ahead of a move next year.

Liverpool and Bayern Munich had both been tentatively linked with the England international before switching to cheaper, more attainable targets in Diogo Jota and Leroy Sane respectively. But that interest remains for both parties, who might now consider themselves ahead of United in the pecking order.

They are now regarded as ‘likelier destinations’ for Sancho by The Independent. Sancho has been ‘naturally impressed’ by Liverpool manager Jurgen Klopp in previous talks and ‘some have felt Anfield has always been Sancho’s top choice’.

United’s only chance might be to still strike while the competition is somewhat restricted. The Manchester Evening News insist Sancho remains an Old Trafford target and that an actual offer ‘could’ even be made in January.

They do clarify that ‘there is a feeling that Dortmund will not sell mid-season’. Perhaps not at all to United, who they sound pretty miffed with.

Ed Woodward will, at the very least, ‘launch another attempt’ for the winger next summer, as the 20-year-old is considered a ‘perfect fit’ both in the squad, and as part of the ‘culture’. It’s enough to make you wonder why they didn’t sign him this year.

Manchester City are said to be suffering from the opposite problem to their bitter rivals: their struggle to retain a player who wishes to leave is enough to make front page news in Spain.

‘ERIC, EN ENERO’ is the headline from Mundo Deportivo, who do indeed tease that Barcelona will return for the centre-half in January. They hope Garcia will ‘force’ the situation once they find an agreement on personal terms, which could be the shortest period of negotiations in recorded history.

City still seem entirely aware that Garcia wants to leave but the Daily Telegraph report them as ‘confident’ that he ‘will buckle down and not sulk’ this season. Barcelona will have to match his £18.2m valuation to bring him back any sooner than next summer, when his Etihad contract expires.