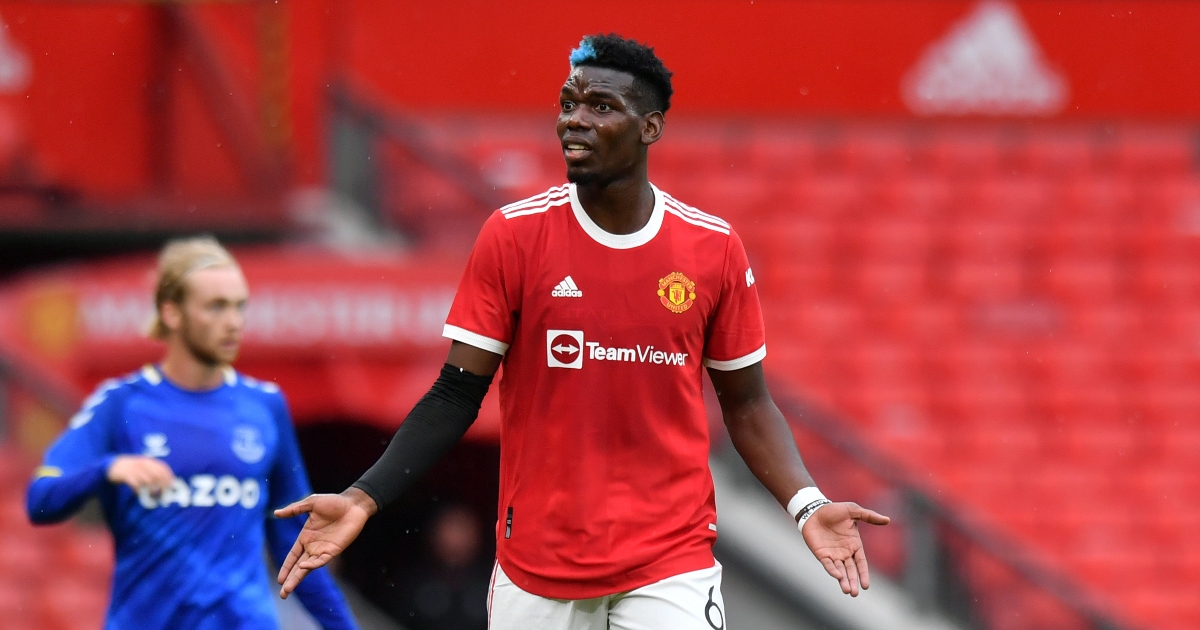 Spurs want the Serbians of Fiorentina and Pogba is set for a last Man Utd hurrah.

POGBA’S LAST HURRAH
Paul Pogba looks set to stay at Manchester United this season, but will run down his current deal in order to move to Real Madrid in a free transfer at the end of the seaosn.

That’s according to the Daily Star, who claim Pogba is desperate to team up with Kylian Mbappe at the Bernabeu next season as part of a treble swoop that will also see Madrid target Erling Haaland. Wouldn’t that be something.

Pogba – who was unplayable as he registered four assists on the opening day of the season against Leeds – has been heavily linked with a move to Paris Saint-Germain this summer, with reports suggesting United would accept a bid of around £50million to avoid losing him for nothing in a year’s time.

But Pogba’s desire to play for the La Liga giants has never wavered; the report claims he was never seriously considering a move to PSG, with his eyes always on a departure at the end of his contract, when United will have no choice but to let him leave for the club of his dreams.

A FIORENTINA SERBIAN
Tottenham are ‘strongly interested’ in signing Dusan Vlahovic from Fiorentina this summer.

They are yet to reach any sort of agreement for the striker; in fact, there has been no contact whatsover.

But previous reports have suggested Tottenham have a good chance of securing the signing of Vlahovic due to Paratici’s much vaunted Serie A links.

And Fabrizio Romano claims Spurs are still in with a chance of luring Vlahovic to north London with his future ‘still open’.

Atletico Madrid have made contact with Fiorentina and have reportedly made a bid of €50m (£42m) plus bonuses for the striker, which the Serie A club have rejected.

Dusan Vlahovic future, still open. Atletico Madrid have no agreement with Fiorentina or with the player after opening contacts – Tottenham are strongly interested, no advanced talks yet. 🇷🇸 #THFC #Atleti

Fiorentina hope/want to keep Vlahovic – €50m bids not accepted as of now.

But a further report from Sky Italia (via Football Italia) claims that Spurs are focussed on signing the Serbian and have submitted an offer of €60m (£51m) including bonuses.

That’s according to Sky Sports, with the news of the Hammers’ failings following another, as their chase of Chelsea star Kurt Zouma also broke down.

The 23-year-old defender can play at both right back and centre-back and has been on Paratici’s shortlist throughout the summer.

Another Serie A defender on that list is Bologna’s Takehiro Tomiyasu, but that deal – which appeared to be in an advanced stage – has stalled.

Milenkovic has just one year left on his current contract, but Fiorentina still want €27m (£23m) from suitors this summer.