Arsenal are 'bizarre' for selling someone at £30m. Man Utd wanted that for Dalot but may settle for £10m. 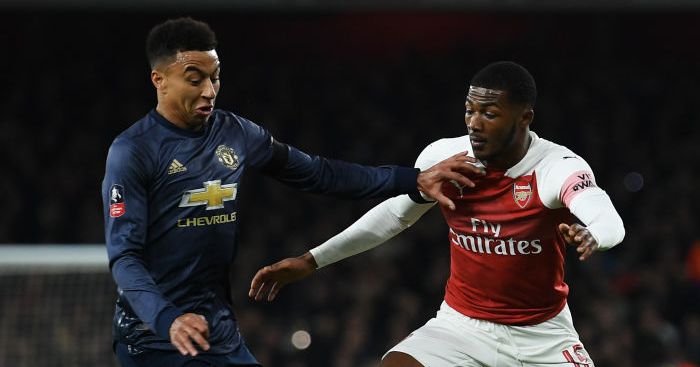 Arsenal are ‘bizarre’ for selling Ainsley Maitland-Niles at £30m. Man Utd wanted that for Diogo Dalot but may settle for £10m.

NILES APART
It is described by John Cross of the Daily Mirror as ‘a bizarre stance’ but Arsenal making FA Cup hero Ainsley Maitland-Niles ‘available for transfer’ does make sense: he is a valuable yet dispensable asset in a summer when clubs are being forced to find creative solutions to unprecedented problems.

As much as Mikel Arteta likes him and ‘wants him to stay’, the apparent £30m Arsenal could get for the 22-year-old would go someway to financing improvements in other areas. The Sun come up with that figure when reporting on the club’s ‘shock’ and ‘desperate’ decision.

But back to the Mirror, who name three potentially interested Premier League clubs: Brighton, Everton and…Tottenham, who ‘are looking for a new right-back’. They could do with getting rid of Serge Aurier, but surely not?

THAT’S DALOT OF MONEY
It wasn’t long ago that Diogo Dalot was supposed to be on Jose Mourinho’s radar to fill that spot. Back in April, speculation was abound that Manchester United could sell the Portuguese for ‘a fee of around £30m to £35m’. The utterly ludicrous idea of them turning an actual profit on a player felt like a looming reality.

So when the same player is valued at closer to £10m by August, all seems right with the world. Everton would quite like Dalot as the ‘long-term replacement’ for Seamus Coleman and are willing to ‘nab’ him from Old Trafford.

United, for their part, ‘would likely attempt to push the cost higher’. Yet the Mirror point out that they are so ‘desperate’ to bring in extra funds that such an offer would be considered.

The Guardian say Lingard ‘is deemed surplus to requirements’ despite Solskjaer’s admiration of the 27-year-old, with the club ‘open to a sale should the right bid be lodged’.

It would honestly be fascinating to see what a buying and selling club values Lingard at. Neither £2m nor £20m would stun us.