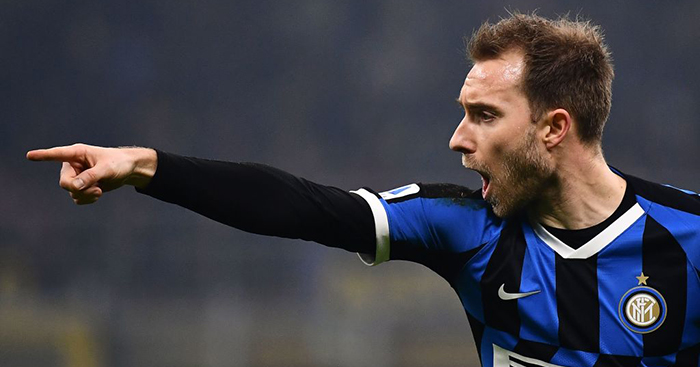 Tottenham could be getting the old band back together…

Having re-signed Gareth Bale on loan, it emerged on Monday that Spurs could secure the Welshman’s permanent return for as little as £13.4million.

Now it seems they are being offered the chance to re-sign Christian Eriksen too.

The Denmark playmaker was dangled in front of Daniel Levy in the summer too but the Spurs chief refused to bite.

But Football Insider says Inter Milan haven’t given up hope of trying to offload one of their biggest earners and though Tottenham remain their best hope, Eriksen has been offered to other Premier League clubs too.

Eriksen’s form has been wretched at Inter where he hasn’t offered a goal or an assist in his last seven appearances.

The Argentina goalkeeper was treated pretty shabbily in the summer when Dean Henderson returned from his loan spells away from Old Trafford. Romero, not unreasonably, asked to leave United having been relegated to third choice and left out of the club’s Premier League and Champions League squads but Ed Woodward refused to sanction an exit on anything other than his terms.

That didn’t go down at all well with Mrs Romero but the reliable stand-in could retake his place on the United bench should United decide to send Henderson out on loan again.

ESPN says the Red Devils are delaying still a decision on Romero’s future while they come up with a plan for Henderson, who hasn’t been able to shift David De Gea from the United goalmouth. Henderson is said to be satisfied with his current role but if he hopes to dislodge Jordan Pickford as England No.1 for the European Championships then he needs to be playing from January.

If United had hoped to sign Ousmane Dembele in January as has been reported then they might want to think again.

The Red Devils were keen to land the Barcelona winger in loan in summer but the Catalans were willing only to sanction a permanent sale to raise some much-needed cash.

Having failed to sign a winger in summer, it was thought that United would try again in the New Year. But Sport suggests they might be wasting their time.

Barca revealed on Monday that Ansu Fati had undergone surgery on a knee injury with the 18-year-old star set to be sidelined for around four months. In which case, Barca now need Dembele and won’t be willing to take the French flop to market.