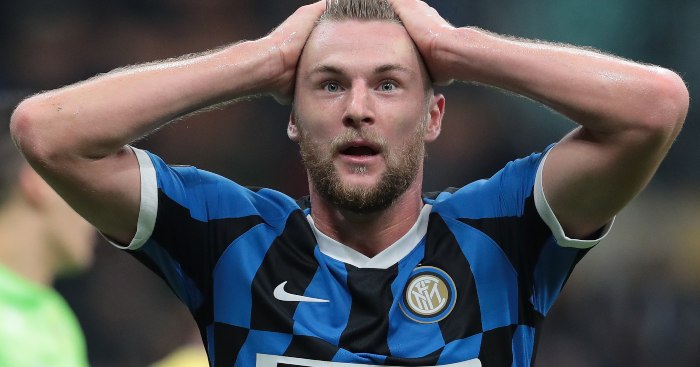 CHELSEA BEGIN CLEAR-OUT
It’s been a fruitful summer for Frank Lampard, who saw his biggest signing Kai Havertz get off the mark last night with a hat-trick in the battering of Barnsley at the Bridge. Chelsea have one more deal to complete, with Edouard Mendy set to be confirmed as a Blue today. But now it’s time to trim the fat from Lampard’s squad.

Antonio Rudiger was left out of the squad to face Barnsley after the Germany defender missed the defeat to Liverpool on Sunday. With one too many centre-backs at Chelsea, The Telegraph says Rudiger is the odd man out. But the 27-year-old won’t be too disappointed when he looks at the queue of clubs willing to give him a game.

Kicker says Barcelona are in for him, while PSG and Roma are also hovering, with Rudiger’s exit likely to be a loan move initially.

Ross Barkley could also be set to leave Stamford Bridge on loan. But the midfielder is expected to stay a little closer to home.

The Telegraph says Aston Villa are keen to take the England midfielder on loan for the season, and the Daily Mail agrees. But the latter’s story suggests Villa have a decision to make over which Chelsea outcast to borrow, with Ruben Loftus-Cheek also on their radar.

Chelsea also want rid of Tiemoue Bakayoko and though they would prefer to sell the midfielder after a couple of loan spells, PSG want to try before they buy the £40million flop.

ESPN says the Parisians have turned to Bakayoko after failing to land their other defensive midfield targets. Leonardo took Bakayoko to AC Milan on loan in 2018/19 and the sporting director is keen to do the same again with the option to buy next summer.

SPURS SWOOP FOR SKRINIAR?
Tottenham’s technical performance director Steve Hitchen has also been in Milan which suggests there could be something in rumours of a move for Milan Skriniar.

The Inter defender has been one of the most sought-after centre-backs in Europe over recent seasons, with Jose Mourinho once keen to take him to Manchester United. But football.london is one of the outlets suggesting that Daniel Levy could again succeed where Ed Woodward failed, with Spurs and Inter not far away from an agreement over Skriniar.

Reports in Italy, though, suggest PSG also have representatives in Milan trying to secure a deal for the Slovakia star, while Skriniar has never yet expressed a desire to leave the San Siro.

KOULIBALY ON KLOPP’S RADAR
Another Serie A centre-back who could be moving to England is Kalidou Kouibaly. The Napoli defender has been pursued by Pep Guardiola but Manchester City are struggling to agree a deal with Napoli for the £70million-rated star.

Le Parisian states that Liverpool remain interested in Koulibaly and they are using Sadio Mane to tap up the 29-year-old. Mane and Koulibaly play together for Senegal and the pair were also team-mates at Metz.

There is no word, however, on how Liverpool might fund such an expensive deal for a player pushing 30.