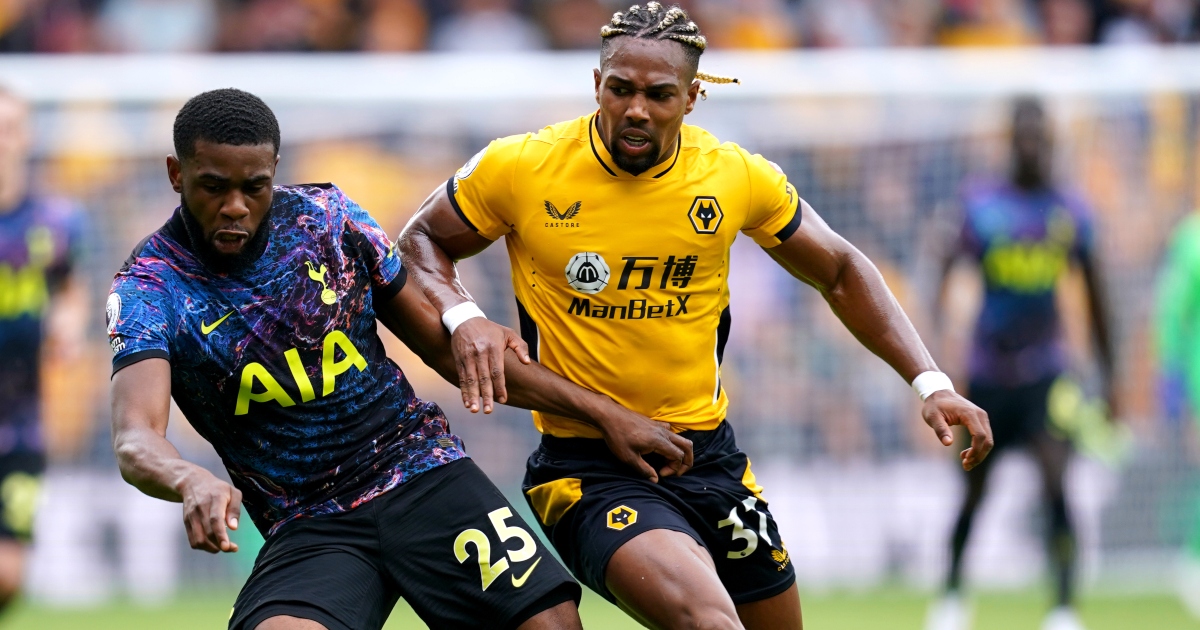 CITY PLAN ‘ONE FINAL PUSH’ FOR KANE
Wolves fans serenaded Harry Kane at Molineux yesterday about being ‘a Manc in the morning’, and though their timescale was a little off, Manchester City are still hoping to make it a reality this week.

The Telegraph claims the champions will make one final push in the coming days to prise Kane away from Tottenham. Details on how City hope to achieve that are thin on the ground, with Daniel Levy remaining adamant that the centre-forward won’t leave for anything less than his full valuation.

The report does suggest, though, that Spurs are planning an attacking signing of their own, with Nuno targeting one of his former Wolves players.

Apparently, Adama Traore is ‘high on Nuno’s list’, with Spurs considering a £40million offer for the Spain winger.

Tuttosport claims Weston McKennie is a target for Nuno, with Tanguy Ndombele being offered to Juventus in exchange for the USA midfielder.

PSV attacking midfielder Noni Madueke is also on Spurs’ radar, according to The Mirror, but it will cost £40million to being the England Under-21 international back to his former club.

They also continue to be linked with Houssem Aouar, with Calciomercato also crediting Juve with an interest in the Lyon star.

And finally, reports in France suggest a deal worth around £10million is in the pipeline to sign midfielder Pape Matar Sarr from Metz.

Early loser: Manchester United’s lack of a Plan B

UNITED SEEK NEVES DISCOUNT
Manchester United are also in the market for midfielders. Their performance at Southampton on Sunday certainly suggests that they should be…

The Mirror says Ruben Neves remains on the Red Devils’ wishlist but United will only make a move for the Portugal international if Wolves offer a discount on their £40million asking price.

Eduardo Camavinga has been linked with United all summer and though the France star doesn’t seem too enthusiastic about a move to Old Trafford, Fabrizio Romano insists Rennes will look to sell for £30million before the deadline.

RED DEVILS DUO SET TO DEPART
United have plenty of assets they’re keen to sell in the coming week, and 90min names a couple likely to depart before the deadline.

Following the arrival of Raphael Varane, Ole Gunnar Solskjaer is said to be open to waving off Victor Lindelof.

Donny van de Beek is also up for grabs because Solskjaer seems to have no use whatsoever for the former Ajax star.