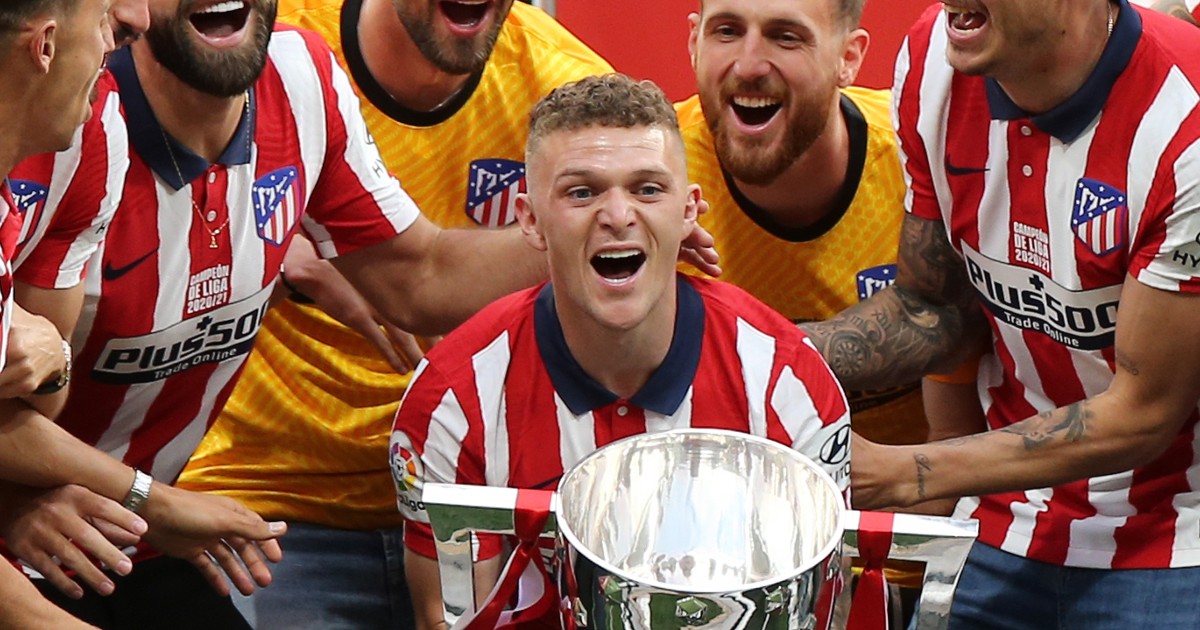 Tottenham were one of three clubs to make a move on Messi, while Man Utd ‘sense an opportunity’ with a Barca forward…

BARCA IN LAST-DITCH ATTEMPT TO BLOCK MESSI MOVE
In case you missed it, Lionel Messi said an emotional farewell to Barcelona on Sunday…

But the Argentina superstar isn’t wasting any time. L’Equipe reckons Messi is due in Paris this morning to undergo a medical before signing for PSG.

Assuming the French docs are happy, ESPN says Messi will then be unveiled by PSG in the coming days in a special ceremony at the Eiffel Tower.

But perhaps Barca haven’t given up just yet. Marca says the Catalans have filed a complaint with the European Court of Appeals saying PSG’s ‘FFP ratio is worse than theirs’.

If PSG hadn’t pounced, ESPN in South America says Tottenham were one of the clubs to have presented Messi with an offer, with Atletico Madrid also having made an enquiry.

MAN UTD ‘SENSE GRIEZMANN OPPORTUNITY’
With Barca broke, it is claimed Antoine Griezmann will be the next to go. And Manchester United ‘sense an opportunity’…

That’s the claim of TodoFichajes – yeah, we know – with the Red Devils expected to be ‘presenting a proposal shortly’.

Griezmann was abused as he arrived for training on Friday in the wake of the Messi news last Thursday evening. Barca would love to shift his massive wages off their books but so far there have been no takers.

ARSENAL TARGET TRIPPIER
We know United are rather more serious about Kieran Trippier. But with Atletico refusing to lower their £34million asking price, the Red Devils are waiting for the window to wind down before turning the screw on the Spanish club.

In the meantime, Arsenal are sniffing around the England defender.

The Gunners are looking for a replacement for Hector Bellerin and The Sun says they will have to offer above £20million to get Atletico to pick up the phone.

ROMA EYE PREM REPLACEMENTS FOR INTER-BOUND DZEKO
Romelu Lukaku’s £97.5million move to Chelsea is set to spark something of a striker merry-go-round…

Anthony Martial has been mentioned as a possible replacement for Lukaku at Inter but Gazzetta dello Sport reckons the Serie A champions will move instead for 68-year-old Edin Dzeko.

Should Roma lose Dzeko then they could move for PSG centre-forward Mauro Icardi, but Arsenal’s Alexandre Lacazette and Chelsea striker Tammy Abraham are also mentioned as targets.

If Arsenal lose Lacazette and Abraham goes elsewhere, according to Gianluca Di Marzio, then they will go for Fiorentina attacker Dusan Vlahovic.