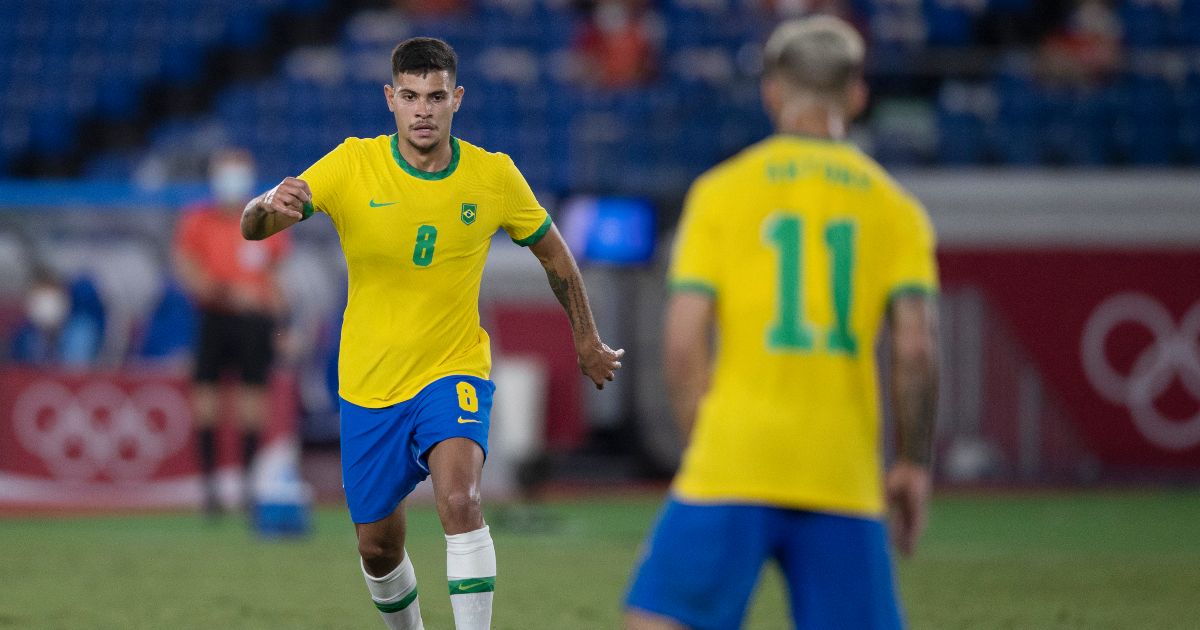 Spurs have agreed a deal in principle for a centre-back, while Arsenal are ready to pay €30m for a Brazilian…

SPURS MAKING MOVES
It has all been a little doom and gloom around the Tottenham fanbase over the last couple of days after it was revealed that talks with Atalanta over a deal for Cristian Romero had ‘slowed’. But the Premier League club may now have landed their first centre-back signing this summer.

Italian website Calciomercato claim that Spurs have an ‘agreement in principle with Bologna’ to sign defender Takehiro Tomiyasu once the Olympics are over. Japan are into the quarter-final against New Zealand  after they won their group, while the final will be held on August 7.

The Japan international featured 31 times in Serie A during 2020/21, scoring two goals and his relatively low price tag makes him an achievable signing for Spurs this summer. Tomiyasu can operate at either right-back or centre-back and could challenge the likes of Eric Dier or Serge Aurier for a starting spot next term.

Reports earlier this month suggested a deal was close to being agreed with ‘minimal difference’ between Spurs’ offer and the asking price set by the Italian side.

Calciomercato add that Tottenham are ‘getting closer and closer’ to signing Tomiyasu and ‘there has been an agreement for some time’.

ARSENAL CONTINUE TO SPLASH THE CASH
Arsenal took their summer spending to £77m with the signing of Brighton defender Ben White on Friday, with Albert Sambi Lokonga and Nuno Tavares also joining earlier in the summer. And their is no sign they will stop there…

Globo Esporte now claim that Lyon midfielder Bruno Guimaraes ‘is being monitored by several European football teams’, including the Gunners. Arsenal are ‘willing to invest’ €30m to sign one of the stars of Brazil’s Olympics team.

Negotiations are unlikely to be ‘easy’, according to Globo Esporte, with Lyon demanding €40m for Guimaraes, who is also wanted by German side Borussia Dortmund. The 23-year-old – who has a contract at Lyon until 2024 – scored three goals and provided one assist in 33 Ligue 1 appearances last term.

BELLERIN EDGING OUT?
It was reported on Thursday that Hector Bellerin’s agent would be meeting Arsenal in London on Thursday for talks about a potential move to Inter Milan. And Calciomercato claim that the first meeting between his representative and the club ‘was quite positive’.

The Spaniard, who has been at the Emirates Stadium for ten years, has been linked with Barcelona and Paris Saint-Germain, while Villarreal boss Unai Emery is also understood to be keen. Arsenal and Bellerin’s performances were below par for much of last season with the Gunners finishing eighth in the Premier League table.

However, Inter are understood to be in pole position for his signature now with Arsenal looking to initially loan him out in a ‘very expensive loan’.

AND THE REST…
Real Madrid will open talks with Paris Saint-Germain in the coming weeks for a deal to sign Kylian Mbappe with his contract expiring next summer…Manchester United midfielder Paul Pogba, who has been heavily linked with a move to PSG, can see a long-term future at Old Trafford, but the Frenchman may not sign a contract extension with the Red Devils this summer…Tottenham have offered Atalanta £43m for Cristian Romero and the Italian side are open to a deal if they can have more time to secure a replacement…James Rodriguez says he is unsure whether he will be staying at Everton but the 30-year-old has ruled out a return to Real Madrid…Chelsea are prepared to lower their asking price of £40m for Tammy Abraham, who has attracted interest from Arsenal, West Ham and Aston Villa.