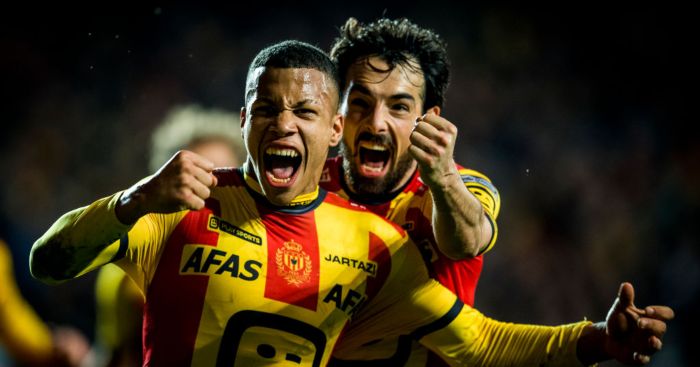 Liverpool want players ‘who will cost a low initial down-payment’. Two teenage stars from clubs that need to sell? Perfect.

TALLES ORDER
Football transfer speculation has been guilty of ignoring the financial realities humanity itself faces over the coming weeks, months and even years. Nine-figure moves are still mooted, extravagant contracts are still discussed as if they will be commonplace, and any attempt to suggest that clubs will live within their new means is immediately undermined by talk of them selling players first to fund their own deals.

When no-one has any money, how will that bloody work?

The Daily Mirror published one of the more sensible exclusives earlier this month, suggesting that Liverpool would go a second summer without major investment due to the global pandemic. That, crucially, does not rule out transfers altogether, just the reported moves for Kylian Mbappe and Kalidou Koulibaly that were never going to happen in the first place.

But that will not stop them targeting Talles Magno, ‘one of the most exciting emerging talents in Brazil’. The forward has been compared to Roberto Firmino and his club, Vasco de Gama, ‘are facing serious financial trouble’.

That will likely necessitate sales. Liverpool, who have watched the 17-year-old for a number of years, will explore ‘a cut-price deal’. Benfica had a recent £2.5m offer rejected but that is the sort of ball park they are in, not £43m or so.

MECHELEN MAN
An aside in that Mirror story suggests Aster Vranckx of Mechelen is another similar target.

Liverpool have come to the decision to sign players ‘who will cost a low initial down-payment, with add-ons over the coming seasons should they break into the first team’. Vranckx, 17 and available for as little as £1.5m, would therefore be perfect.

Plenty of other clubs around Europe want him, too, but that is to be expected. Manchester City, Manchester United and PSG are known to be among them. Liverpool will be undeterred in their pursuit of the two 17-year-olds.

ANGEL GABRIEL
City could focus more on keeping their current players. The Sun claim that they will ‘block mounting interest from Juventus’ in Gabriel Jesus by offering him an improved deal.

While City are ‘confident’ they can keep a forward they value at £100m, much depends on the success of their appeal against that Champions League ban.

But Jesus is said by an Etihad source to be “happy”, while City and his representatives ‘have a very good relationship’ and Pep Guardiola is ‘convinced’ by his talent. It sounds like he’ll be staying, just on £120,000 a week instead of a paltry £90,000.

AND THE REST
Manchester City are finally prepared to sell Leroy Sane to Bayern Munich this summer… Sergej Milinkovic-Savic will not force a move from Lazio… Newcastle have opened talks to sign loanee Valentino Lazaro on a permanent £21.25m deal from Inter Milan… Chelsea will sell players to fund transfer moves but Jorgino and N’Golo Kante will be kept… Barcelona still want Kai Havertz… Wolves will not spent heavily on individual players this summer despite being linked with Benfica forward Carlos Vinicius.