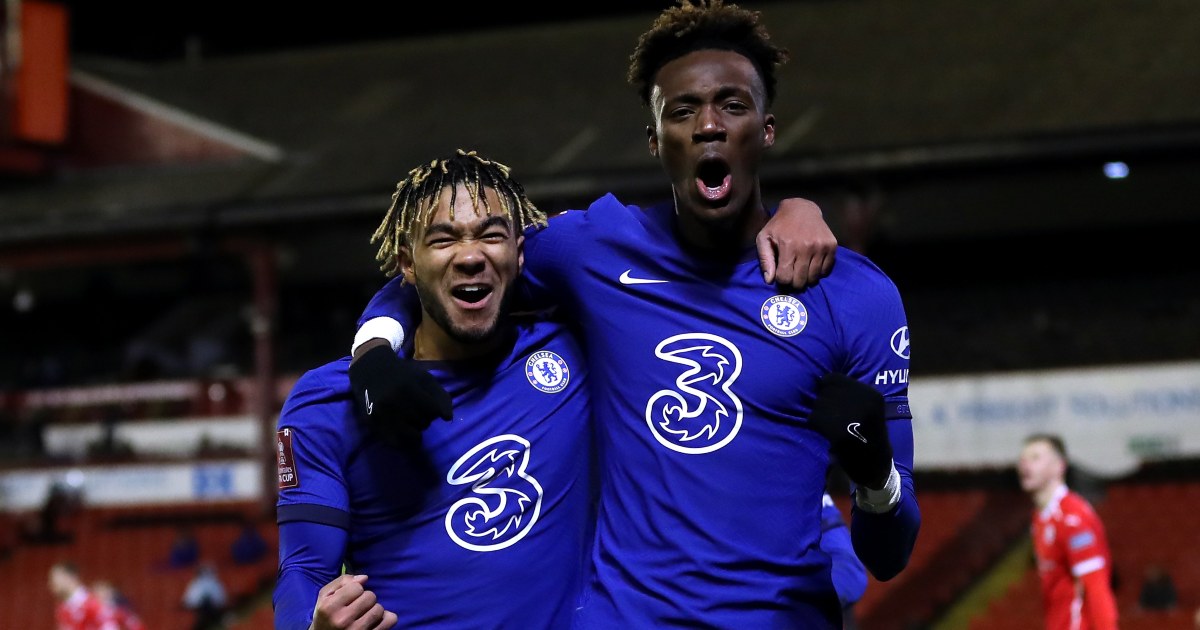 WEST HAM AMONG FIVE IN FOR ABRAHAM
With Tammy Abraham seemingly not much fancied by Thomas Tuchel, there is a queue already forming for the Chelsea striker…

Abraham is the Blues’ top scorer this season but he missed the draw with Manchester United on Sunday for tactical reasons. And with Chelsea among the clubs eyeing a big-money move for Erling Haaland, the England striker looks set to be heading for the Stamford Bridge exit.

Jostling for position at the front of the line to take Abraham are West Ham. The Daily Star says the 23-year-old is on the Hammers’ three-striker shortlist for the summer, with Arsenal’s Eddie Nketiah and Brentford’s Ivan Toney also being considered.

The Telegraph suggests West Ham could face competition from at least four Premier League rivals, with Leicester, Southampton, Brighton and Aston Villa all sniffing around Abraham.

TOTTENHAM OPEN TO BALE DEAL
A couple of good games appear to have softened Tottenham’s stance on bringing Gareth Bale back on a permanent basis.

Bale has endured a frustrating season so far at Spurs and the likelihood of the Wales star staying in north London seemed remote until the last couple of weeks.

But four goals in four games have sparked some optimism over a permanent deal, according to the Daily Express. And, apparently, Real Madrid would be most accommodating as they try to shift Bale’s salary off the books in order to fund a move for Kylian Mbappe.

SPURS EYE REAL FREEBIE
Tottenham could bring another of Bale’s former Real Madrid team-mates to the Premier League this summer.

Jose Mourinho is being linked by the Daily Star with a move for Lucas Vazquez. The versatile right-sider is out of contract in the summer and he is fishing for a substantial pay-rise.

Spurs aren’t the only Premier League club keen on the Spain international. There were whispers last week that Leeds are also interested in Vazquez as a potential replacement for Liverpool and Man Utd target Raphinha.

BAYERN BID FOR KOULIBALY
Bayern Munich have already signed Dayot Upamecano to strengthen the centre of their defence for next season. And, seemingly, they’re not done yet.

TMW claims Bayern have also submitted an offer for Kalidou Koulibaly. The Senegal defender has been coveted by all the big-hitters in recent years but no club has yet matched Napoli’s valuation of the 29-year-old.

Bayern don’t seem especially keen to satisfy the Italians since their opening bid is said to be worth £39million – around half the price Napoli have been looking for. But Koulibaly will be 30 before the start of next season and his list of suitors is certainly not as lengthy as it once was.