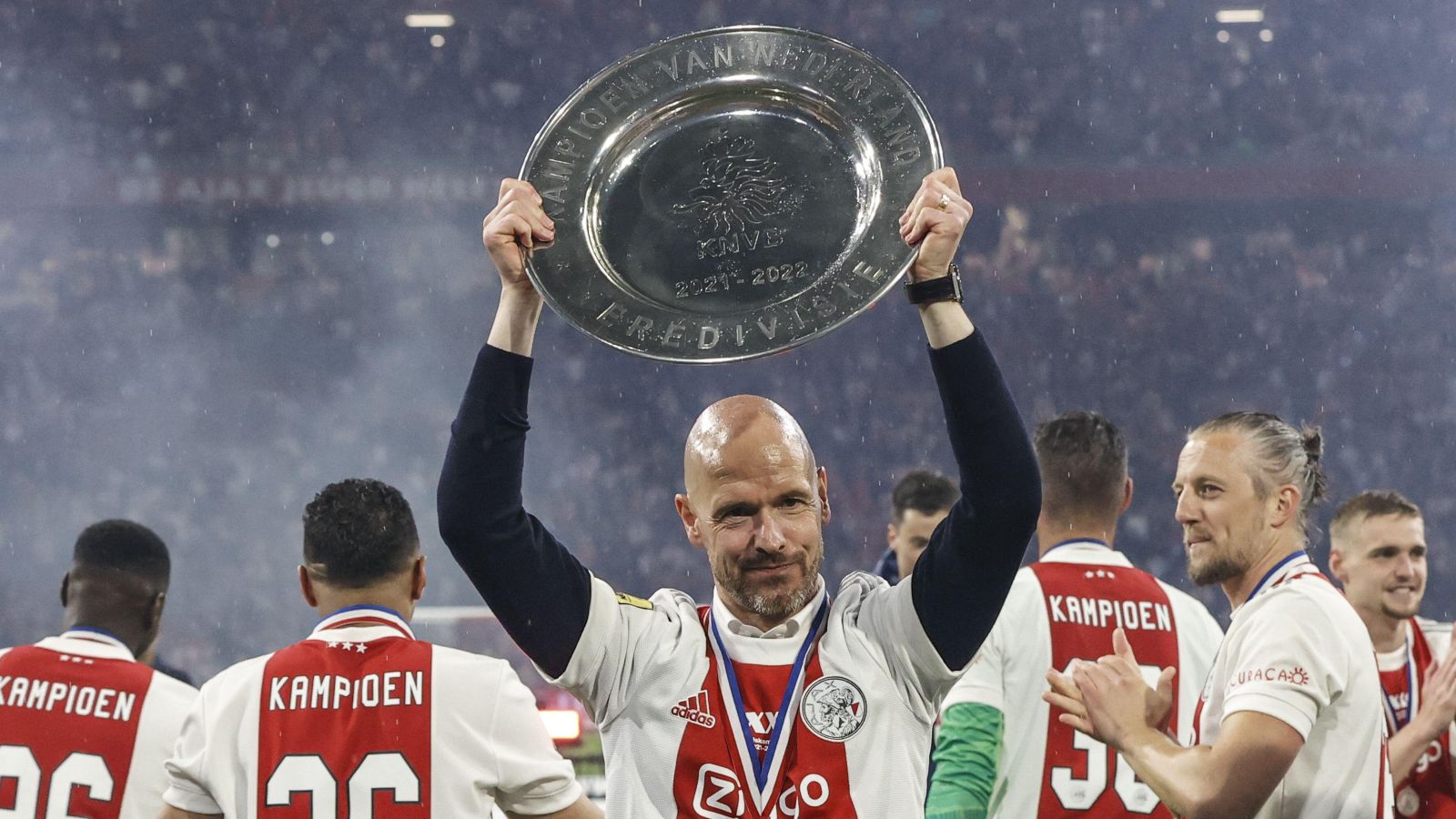 KANTE TO OLD TRAFFORD?
Incoming Man Utd boss Erik ten Hag wants to bring Chelsea midfielder N’Golo Kante to Old Trafford as he begins an overhaul of the squad, according to reports.

Kante has won two Premier League titles, a Champions League, an FA Cup and the Europa League during his time in England, while he lifted the World Cup with France in 2018. The 31-year-old has started 28 matches in all competitions this season and seems a crucial part of Thomas Tuchel’s squad at Stamford Bridge.

However, the Daily Mirror insists that Ten Hag ‘wants’ Kante to ‘kick-start his Manchester United rebuild’ with the midfielder only having one year left on his contract at Chelsea.

The new permanent Man Utd boss is confident Kante ‘still has the ability, experience and hunger to help his young stars next season’ and the Red Devils recruitment team believe he is ‘an attainable target’. Ten Hag thinks ‘drastic surgery’ is required in the Man Utd midfield ‘to become more energetic, decisive and competitive’ with the Red Devils linked with a number of other midfielders.

DE JONG MAKES SACRIFICE TO JOIN CITY
Barcelona star Frenkie de Jong is one of those midfielders that Man Utd could attempt to bring to Old Trafford but it now seems that Man City will win the race for the Dutchman.

The Sun claim that De Jong is ‘willing to kiss goodbye to nearly £6million in unpaid wages to clinch a move’ to Man City this summer despite interest from his former manager, Ten Hag, at Man Utd. De Jong is on £400,000 a week after tax at the Camp Nou but his ‘stance on money he is owed may prove decisive’.

City are not keen to pay the £65m asking price for the Netherlands international but, with Barcelona in a financial crisis that saw their players defer 40 per cent of their salary, De Jong’s decision to potentally ‘waive’ his right to £6m of ‘unpaid wages could help ‘make a move happen’.

MANE IN FOR LEWY
Bayern Munich want Liverpool forward Sadio Mane this summer as they look to replace Robert Lewandowski, according to reports.

The Daily Telegraph insist that Lewandowski has agreed a three-year deal to move to the Camp Nou in the summer in a ‘verbal agreement’ although Barcelona have yet to secure a deal with Bayern. The newspaper also touches on Bayern’s interest in Mane with Serge Gnabry also potentially leaving in the next window.

And German publication BILD claim that the Bundesliga champions ‘want’ Mane with the Senegal international’s representatives ‘already interested by telephone at the beginning of the week’.

AND THE REST…
Juventus are set on bringing Man Utd midfielder Paul Pogba back to the club this summer…Newcastle have held preliminary talks with Everton striker Dominic Calvert-Lewin but the England international’s preference is to join Arsenal…Arsenal have agreed a fee of up to 25m euros (£21.2m) for Bologna full-back Aaron Hickey…The Gunners are also closing on a 3.5m euro (£3m) deal to sign 19-year-old Brazilian striker Marquinhos from Sao Paulo…Man City will actively seek more signings after the imminent arrival of Borussia Dortmund striker Erling Haaland, with a left-back and defensive midfielder the priorities.