Man United are one of six Premier League clubs interested in a lovely free agent. Spurs have big plans, too. 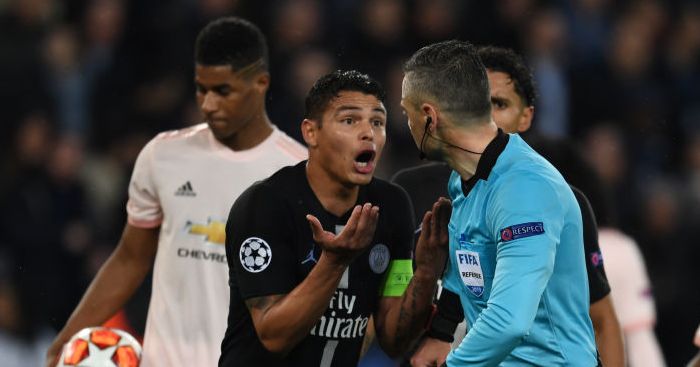 SILVA LINING
So Thiago Silva is off. It was claimed that PSG had chosen to offer him a contract extension as a cheaper alternative to pursuing Kalidou Koulibaly. Negotiations clearly went well; he will be a free agent this summer.

Where next for the Brazilian? ESPN report that he is ‘hoping to stay in Europe and play for another top club for at least two more seasons’. With the 2022 World Cup at the forefront of his mind, Silva wants to ensure he has enough exposure to make one last Brazil squad.

Napoli could be interested. Serie A is actually mentioned as ‘his preferred destination’. But 90Minutes throw five Premier League clubs into the hat.

Arsenal, Everton, Newcastle, West Ham and Wolves ‘are looking into the prospect of making contract offers’. That hardly sounds concrete. More like they’re thinking of planning for the possibility of something.

It makes sense for Arsenal, who could yet still lose David Luiz and will have no money to sign a replacement. Everton would provide a reunion with Carlo Ancelotti. Newcastle will theoretically have money for such stratospheric wages soon. It would be a very West Ham thing to leak interest in a player they have no chance of signing. And maybe Wolves will just get a little carried away when they qualify for the Champions League.

UNITED STAND
That is not all. Le10Sport, the outlet that ruled PSG out of the race to sign Koulibaly on the basis that they would extend Silva’s deal, clearly have the inside track on this one and are to be completely trusted.

They reiterate that his time in Europe ‘is not finished’. They also list Arsenal, Barcelona, Everton and Milan as interested clubs. But they also mention Man United.

Back in April, it was claimed that Man United were content with their central-defensive options. Ole Gunnar Solskjaer rates Harry Maguire, Matthijs de Ligt, Koulibaly and Virgil van Dijk as the four best centre-halves in world football but is not greedy enough to insist on having more than one of them.

OLIVIER!
Tottenham are not interested in Silva but are ‘not giving up hope’ of signing Olivier Giroud. Is this every January transfer window of the last three years or so?

The Daily Express do a bit of basic maths: Chelsea + Timo Werner + Hakim Ziyech + Kai Havertz = -Giroud. And as Jose Mourinho ‘remains a fan’, he could stay in London.

Chelsea would be understandably reluctant to sell to a Premier League rival, particularly one that extended his contract recently. But they ‘can command a fee of around £7m’ for a player also wanted by Crystal Palace, West Ham, Inter Milan, Lazio and Lyon.

PIERRE INTO THE ABYSS
Southampton would be more receptive to selling fellow Tottenham target Pierre-Emile Hojbjerg, albeit for considerably more. They ‘are unlikely to accept anything less than £35m’ for their captain.

Tottenham bid for Hojbjerg in January and have been joined by Everton in their admiration of the midfielder. The London Evening Standard say talks over extending a contract that expires in summer 2021 ‘hit the buffers some time ago’.

Southampton ‘would rather’ sell now than lose him for free next year. Hojbjerg linked up with Pini Zahavi recently so has certainly come prepared.