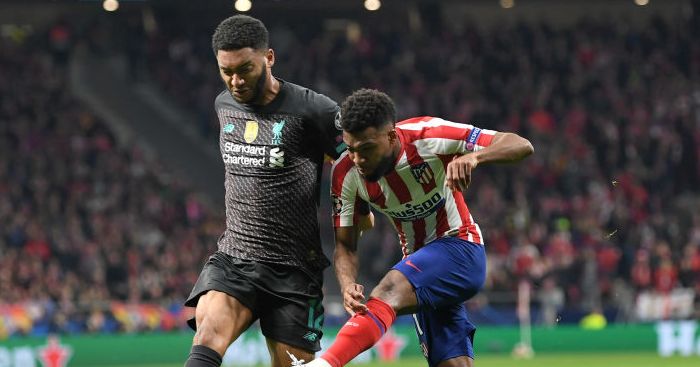 Man United were clearly fans of the 2017 summer transfer window, when Thomas Lemar was hot property.

IF THERE’S ANY JUSTICE ETC
The transfer deadline day of summer 2017 was weird, wasn’t it? The most recent window to close in September saw Alex Oxlade-Chamberlain and Danny Drinkwater move for £35m apiece, Philippe Coutinho, Virgil van Dijk, Riyad Mahrez and Alexis Sanchez stay at their respective clubs and Man United leak to the press their interest in loads of people before signing no people.

Thomas Lemar provided one of the biggest stories, the subject of a £90m bid from Arsenal, with Liverpool also interested.

He is back on the Premier League agenda, according to ESPN FC. They say that Man United ‘are planning and hoping for summer of world-class signings’, which will come as a shock to those of us who expected them to prioritise signing really sh*t players.

It is added that ‘they’ve begun meeting with agents’, including the ‘representatives’ of Lemar. The Frenchman does not see his future at Atletico Madrid as he does not suit their style of play, and United ‘believe his left foot and creativity could be an asset’.

There is no fee mentioned, but the interest is recent. Atletico signed Lemar from Monaco for £52.7m in summer 2018, with the 24-year-old having three years left on his contract.

The London Evening Standard reported in January that the winger was offered to Chelsea for £50m, so there’s your ballpark.

MADDISON AVENUES
On top of that, James Maddison ‘remains a target’ for Man United, if the Manchester Evening News is to be believed.

The midfielder might well be behind Jack Grealish in the pecking order for potential signings but is still ‘firmly’ liked by Ole Gunnar Solskjaer.

The MEN even float the idea of both players joining this summer; Villa captain Grealish emerged as their ‘top target’ last month but Maddison still ‘fits the profile of player’ Solskjaer wants.

That new Leicester contract does appear to have stalled for now, yet three years remain on his current deal. He’s not leaving for anything less than £70m.

WAGE WAR
And the Man United hat-trick will be completed when Nemanja Matic is rewarded for ‘a stunning return to form’.

He has been decent of late, but ‘stunning’ is not a word most would associate with Matic.

Still, The Sun report that his automatic one-year contract extension will be followed by a further two-year deal with a ‘pay-rise to around £140,000 a week’. He is, at last count, on roughly £120,000 a week at the minute. That’s an extra £2m or so over 24 months. Secure the bag.

AND THE REST
Liverpool have been in negotiations for “some time” with Lille’s 21-year-old France Under-21 midfielder Boubakary Soumare… Sassuolo winger Jeremie Boga, 23, could return to Chelsea because the Blues have a £12.8m buy-back clause in the Ivory Coast international’s contract… Juventus want to offer Chelsea Bosnia-Herzegovina midfielder Miralem Pjanic, 29, as part of a swap deal for 28-year-old Italy midfielder Jorginho… Barcelona and Real Madrid could move for 27-year-old Austria defender David Alaba, who is unsure about extending his contract with Bayern Munich.