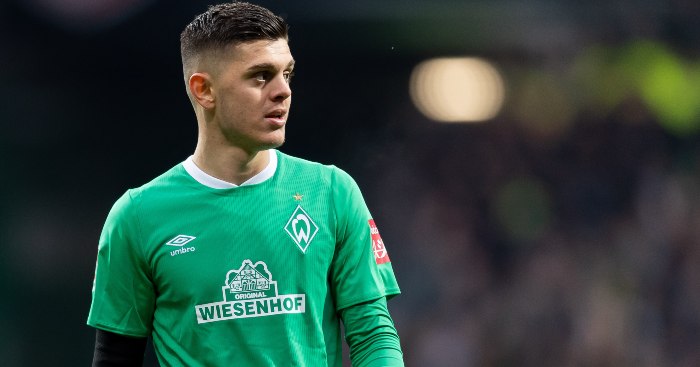 LIVERPOOL BACK OFF WERNER
Thursday’s whispers brought word that Bayern Munich had decided to prioritise the signing of Timo Werner over Leroy Sane this summer. Friday’s chatter suggests their pursuit of the RB Leipzig forward has received its biggest boost yet.

The Daily Mail reckons Liverpool have shied away from moving for Werner. It was thought the Reds were leading the race for the Germany striker, who has a release clause worth £51million. But since that must be triggered this month, it seems Liverpool are backing off.

Indeed, the Premier League leaders are said to have shelved all recruitment plans as well as any contract renewal talks amid the ongoing uncertainty over the impact of the coronavirus pandemic.

REDS TO MOVE FOR RASHICA
Bild is having none of such talk. The German publication says Liverpool will go full steam ahead to land Milot Rashica.

To answer your question, he’s a 23-year-old forward who plays for Werder Bremen, primarily on the left wing but the Kosovo international can play through the middle too.

Rashica would cost around £33million, apparently, though Liverpool might get a discount on that asking price should second-from-bottom Bremen be relegated.

REAL BOOSTED BY PSG STANCE OVER MBAPPE
Real Madrid had big plans this summer prior to the coronavirus outbreak. Among them was the intention to finally bring Kylian Mbappe to the Bernabeu.

AS reckons there is good and bad news on that front. The good news is that PSG have reportedly halted contract talks with the France star after they were custard pied following two renewal offers. The Ligue 1 leaders, like everyone else, is waiting to see how the land lies once football is able to to restart.

The bad news is that Real too will be affected by the financial uncertainty and they will also struggle to meet Mbappe’s demands, just as they did when they missed out on signing the forward in 2017. Then they refused to match PSG’s offer of 15million euros a year. Reports earlier this year suggested PSG might treble that salary, which Real simply cannot compete with. They are hoping that the lure of a bigger spotlight and a greater chance of becoming of Ballon d’Or winner in Spain could help their cause.

That won’t cut it with PSG, though. Real have failed to follow up their interest in Paul Pogba in recent windows with the cash necessary to make a deal happen and coronavirus won’t make Florentino Perez any more carefree with the cash. Mbappe seems almost certain to stay where he is for now.

AND THE REST
Marc-Andre ter Stegen is nowhere near an agreement with Barcelona over a contract renewal… Dani Ceballos is among the players deemed surplus to requirements at Real Madrid… Aston Villa are eyeing Marseille midfielder Maxime Lopez… Everton are keen on Real Madrid star James Rodriguez.