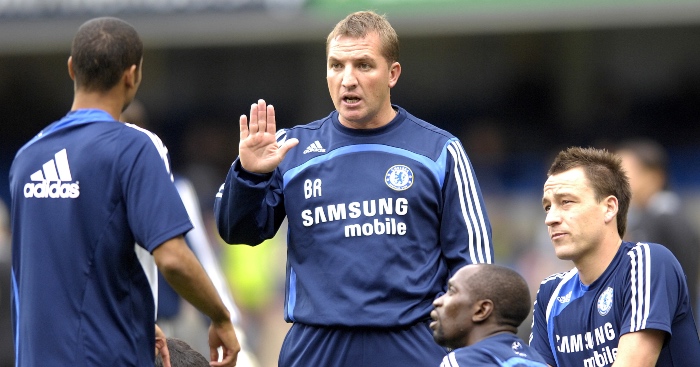 SOLSKJAER STEAL
Jurgen Klopp wants a centre-back, but knows he won’t get one in January. The German boss is reportedly an admirer of RB Leipzig duo Ibrahima Konate and Dayot Upamecano, with the latter seemingly coveted by every top Premier League club.

And Manchester United – who have been linked off and on with the 22-year-old for over a year – are very much back in the hunt, according to The Sun.

In fact, Ole Gunnar Solskjaer is going to ‘steal Upamecano from under Klopp’s nose’, suggesting a Liverpool deal was imminent despite other reports claiming a move in January was “impossible”.

Klopp – who is understandably keen to add a defender to his squad – is willing to wait until the summer to land his top target when his release clause will be £38million.

But United are apparently ready to nip in ahead of their Premier League rivals to secure Upamecano in this window.

RODGER THAT ROMAN
There was a four-man shortlist, then a five-man shortlist, then it was revealed they wanted a German speaker (although there are more key attributes they should covet). Frank Lampard’s had advice from one of the contenders, one has been ‘offered’, another has been ruled out, he could be safe for the rest of the season, but the pressure is clearly getting to him.

And now, the Mirror is claiming the Chelsea hierarchy ‘could turn to Brendan Rodgers if the axe falls on Lampard’. They are said to be impressed with their former Academy head coach’s work at title-chasing Leicester.

And the report claims Rodgers would be ‘tempted’ but would not consider a move until the summer.

This again adds weight to the view that Lampard will be given more time to turn things around, but further distress – after a run of five Premier League defeats in eight – could force Chelsea’s hand. Rafa is available…

AGUERO AMBITION
Sergio Aguero has had a rotten season, with injury and coronavirus keeping Pep Guardiola’s star striker out of the Manchester City team for the vast majority of the campaign so far.

With no movement on a new contract and with his deal set to expire this summer, Barcelona are circling.

The latter has been strongly linked with La Liga rivals Real Madrid, while Aguero is reportedly seen as the ‘ideal replacement’ for Luis Suarez, who left for Atletico Madrid last summer.