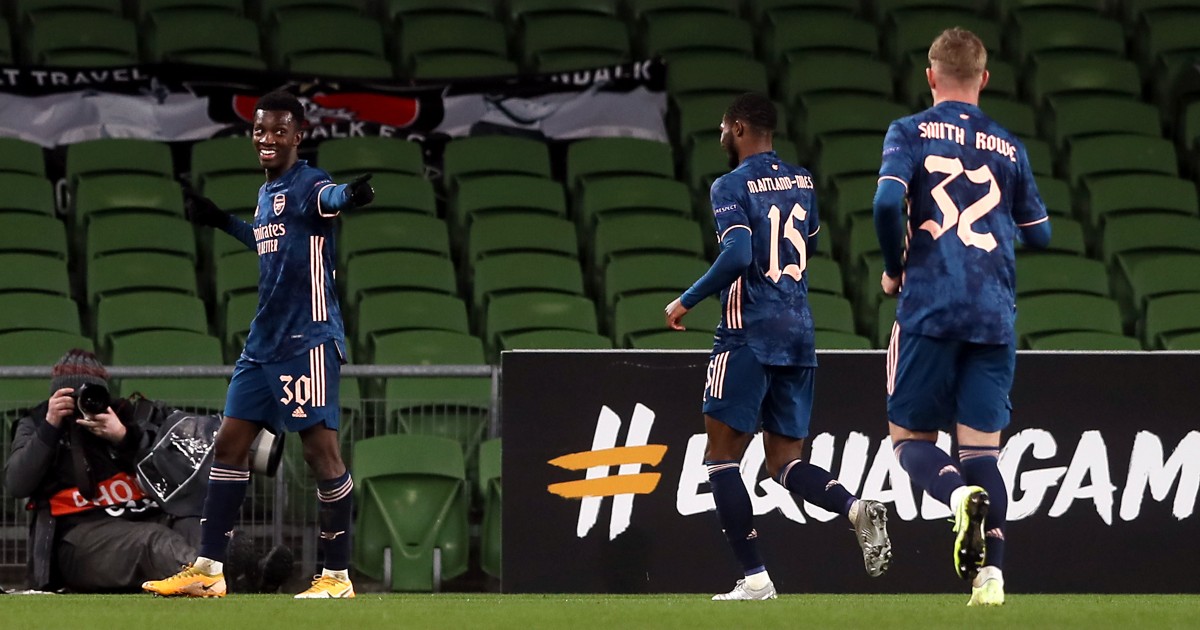 Patrick Vieira may return to Arsenal in search of a new Crystal Palace striker. Everton will target Allan Saint-Maximin if Richarlison goes.

PALACE RAID
Patrick Vieira has already been fairly busy in his week as Crystal Palace manager. Michael Olise has joined from Reading, pre-season training is underway and he has presumably decided which of the club’s 427 out-of-contract players should be kept.

His work, surprisingly enough, does not end there. The Sun on Sunday report on his next transfer target: Eddie Nketiah.

Vieira has looked at his new squad and decided that ‘extra firepower’ is needed. Nketiah is on his radar and would cost around £20m after negotiations over a new deal with Arsenal came to nothing.

Palace will decide between a move for the 22-year-old or Kasper Dolberg, of Vieira’s fellow former club Nice. The forward has impressed at Euro 2020 and is valued at £25m or so, meaning there is a decision to be made as to which player to sign.

Ismaila Sarr is still a target and £10m-rated Copenhagen centre-half Victor Nelsson are also wanted by the Selhurst Park club.

TURN IT UP TO THE MAX
Another manager looking to sign someone from a former club is Rafael Benitez, who joins the rest of us in quite liking the look of Allan Saint-Maximin. The Sunday Mirror say a £50m move could be made.

It is dependent on Richarlison’s own future, the Brazilian still being eyed by Real Madrid. But Saint-Maximin has been lined up as his replacement despite signing a six-year contract on Tyneside in October.

Benitez ‘was said to be against signing Saint-Maximin two years ago’ for Newcastle but his performances since have changed the Spaniard’s mind and he is on a four-man transfer shortlist including Max Aarons, Denzel Dumfries and Kurt Zouma.

There is an update on those first two players from 90Min, who report on an ‘open line of communication’ between Norwich and Everton over £25m-rated Aarons. Dumfries would be cheaper and, perhaps crucially, not publicly courted by Arsenal, Manchester United and Tottenham.

TAM’S UP
West Ham have also been linked with Aarons but their primary target this summer is said to be Tammy Abraham. They have moved ahead of Aston Villa and into ‘pole position’ for the forward.

David Moyes has previously downplayed the prospect of even being able to afford the England international yet the Hammers are confident they can knock Chelsea’s £40m valuation down to £35m, or even an initial £30m.

Wolves and Borussia Dortmund have been mentioned with regards to Abraham before but it seems like a straight shootout between West Ham and Villa.