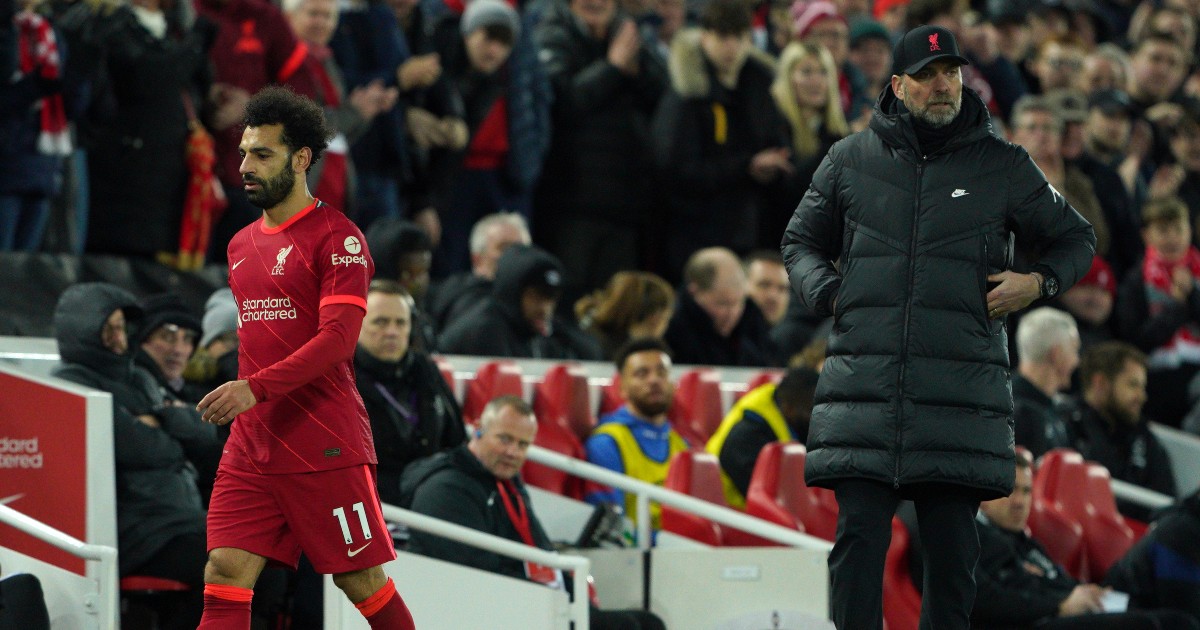 Fabrizio Romano has dissected the current contract stand-off between Liverpool and Mo Salah.

Liverpool and Salah had been locked in talks over a new deal for the Egyptian, whose current terms at Anfield expire in summer 2023.

Jurgen Klopp discussed the matter on Friday, stating that Liverpool “cannot do much more” to persuade the forward to stay.

Romano has explained the problem between the two parties in a video on his YouTube channel.

“This is Liverpool’s position on this Mo Salah contract story,” he said of Klopp’s press conference comments. “But from what I am told, the talks between Mo Salah, his agent Ramy Abbas and Liverpool Football Club broke down as of now.

“At the moment there are no negotiations between Salah, his environment, his agent, and Liverpool. The last conversation was in December – so three months ago – during which Liverpool made their proposal. But Salah and his agent were not happy with that proposal. They can’t accept that proposal.

Alternative view: Why Liverpool should not bow to Salah

“Talks have stopped since December. The situation at the moment is absolutely quiet on Salah’s side.

“The positions of Liverpool and Salah are very clear: Liverpool want him to stay; he wants to stay. But the current contract conditions are not enough for Salah to accept. So it’s a financial issue at the moment.

“The situation could change. I’m told that the percentage is not so high for Mo Salah to stay at Liverpool. It depends on Liverpool. If they will improve their proposal and change their position in the coming months, maybe the situation could change and Salah could sign a new deal. But as of today there is no agreement and not even talks. Everything has been interrupted after the last contact.

“I’m told, talking about the future, that Mo Salah is not desperate to leave this summer. He’s out of contract in 2023, so Mo Salah could stay at Liverpool and leave as a free agent if they are not able to reach an agreement in the next 15 months.

“It’s up to Liverpool. We know Salah’s priority. I’m told that Mo Salah loves England, loves Premier League football. So it doesn’t mean he would go to another country or another league. The possibility to stay in the Premier League is still something that he wants.