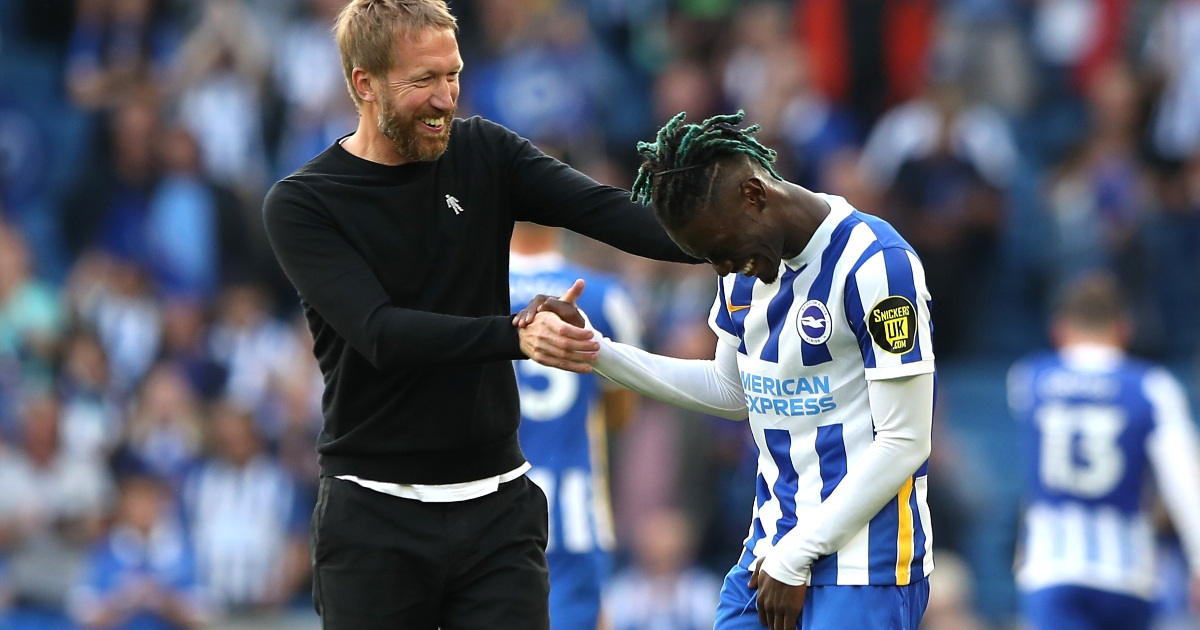 Brighton midfielder Yves Bissouma has explained why he did not leave the Seagulls this summer and has admitted it is his “dream” to play in the Champions League.

The 25-year-old has been in superb form under Graham Potter this season after enjoying a terrific 2020/21 campaign.

The Mali international was linked with numerous top flight clubs in the summer transfer window but decided to stay at the south coast club.

Bissouma has said the timing was not right to leave Brighton, despite interest from the likes of Arsenal, Liverpool and Manchester United.

“I didn’t go this summer, maybe its because it’s not my time to go,” he said.

“When my time will come, it’s my time, but I’m happy in Brighton, I’m enjoying playing football.

The midfielder has two years left on his current contract at the Amex Stadium, but Potter is calm about Bissouma’s future.

“It feels like they’ve been asked for the last few months, so we’re used to it,” the former Swansea City boss said.

“He’s enjoying his football. You can’t control what people say from the outside, it’s talk, but he’s happy with us and we will keep working with him.”

Last week, Bissouma claimed he was the best midfielder in the Premier League.

Speaking to former team-mate Glenn Murray for BBC Football Focus, he was asked who he thought was the best central midfielder in the league.

He replied: “I don’t want to be arrogant, but it’s me because in my head I am working to be the best.