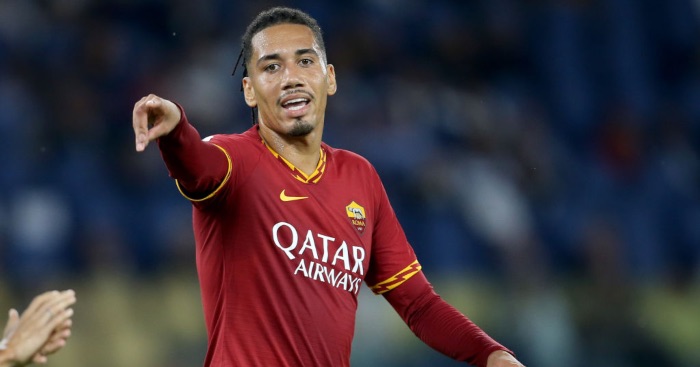 Roma boss Paulo Fonseca has explained why he wants to sign Chris Smalling from Manchester United on a permanent basis.

Smalling has impressed in Roma’s defence after making a loan switch to Italy last August. The centre-back has played 21 Serie A matches, scoring twice, while making his case for an England recall.

United are said to be looking for a fee of around £25million for the 30-year-old and though Roma would love to make Smalling’s stay a permanent arrangement, the Italian club may struggle to find such a sum.

With Arsenal and Tottenham both said to be monitoring the situation, Fonseca has spoken about why he rates Smalling so highly.

“He surprised me. He’s a defender that had never left England and he arrived in a league very demanding of tactics, where details make the difference,” Fonseca told A Bola.

“Chris adapted very quickly. He’s an extraordinary guy, very intelligent. He has characteristics that I really appreciate in the centre.

“He’s fast, nearly unbeatable in one-on-ones. He has a great ability to read the play and anticipate. He was very important for this club.

“If possible, I would like him to stay. He’s a great professional and person, it’s a pleasure to have him here with us.”