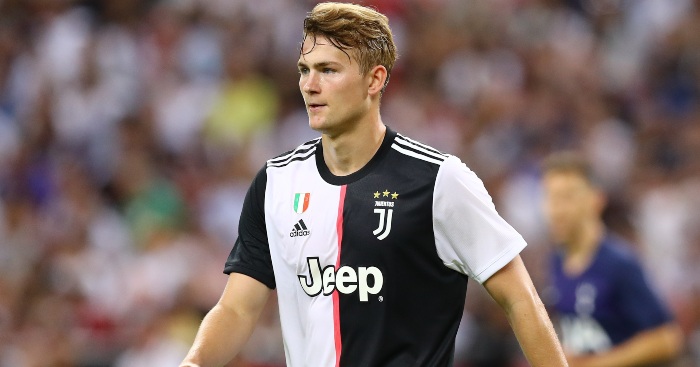 Manchester United are reported to be ready to move again for Matthijs de Ligt after a difficult first year at Juventus for the Holland centre-back.

The Red Devils were firmly in the hunt for De Ligt last year when he was one of the most in-demand stars of the summer window. Barcelona were also keen but the defender opted to join Juve from Ajax for £67.5million.

However, the 20-year-old has endured a tough debut season in Serie A, failing to hold down a place in Maurizio Sarri’s first-choice XI.

The Daily Mail claims United are monitoring De Ligt’s situation – and Juve may be willing to move the defender on this summer.

United have plenty of options in central defence but Ole Gunner Solskjaer is still short of a top-class partner for Harry Maguire.

De Ligt could also help grease the wheels to move Paul Pogba out of Old Trafford.

The France midfielder is desperate to leave United with Juve and Real Madrid most heavily linked. But Pogba has not started a Premier League match since September and with the coronavirus pandemic causing chaos across European football, it seems unlikely that either Juve or Real would be willing to meet United’s £100million valuation.

But United could be interested in a part-exchange deal, which would be made easier by both players being represented by Mino Raiola.