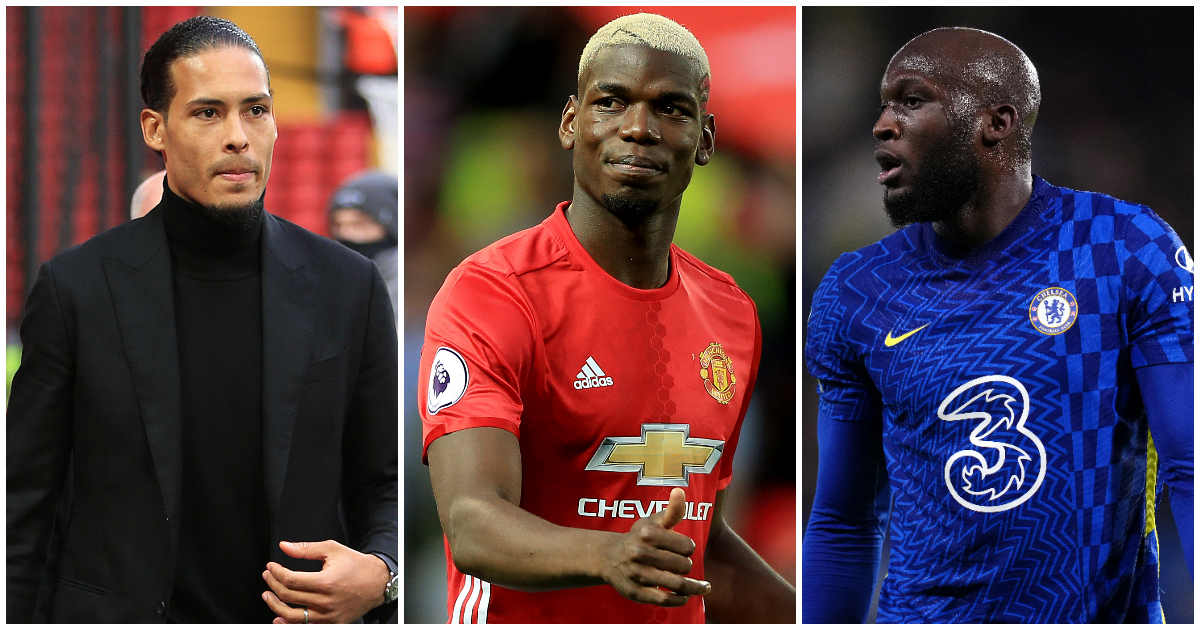 By our count, the four players to appear on this transfer record list more than once are Fernando Torres, Andy Carroll, Rio Ferdinand and Romelu Lukaku. Hmm.

Not a single unqualified success among them, which is impressive in a way.

Buendia bumped James Milner off the list after Villa broke their transfer record for the third summer in succession. They would have to break it again to take up their option on Philippe Coutinho.

Norway defender Ajer looked well worth the investment before his hamstring twanged in October. Brentford have pretty much nailed this transfer malarkey.

A no-nonsense centre-half and a burly centre-forward sharing the title of Burnley’s most expensive player ever just feels right.

Havertz’s Champions League final winner was worth the fee alone but Lukaku looks like heading the same way as the other four on this list, especially if he can’t keep his mouth shut.

Everton more than doubled their money on Fellaini and Lukaku. Their chances of repeating the trick with either of the two who followed look slim…

That really is quite the hit rate. Virgil van Dijk has three more Liverpool goals than Andy Carroll, by the way.

City had never spent truly mega sums on individuals before splurging on Grealish. Doing it again for Harry Kane was too rich even for the Sheikh’s blood.

Crystal Palace are the only other Premier League club not to break their transfer record at least once from August 2017 onwards. And Manchester United’s record signing looks like leaving for free.

The first, third, fourth and fifth entrants have scored 50 goals between them in 301 Premier League games for Newcastle. It took Shearer just 86 top-flight appearances for the Magpies to reach that mark.

One goal in 25 Premier League games for RVW.  And one in 13 for Naismith. None yet for Tzolis, despite Daniel Farke proclaiming him to be “one of the most exciting offensive players in Europe in his age group”.

Antonio Conte seems to be in a similar mindset to Jose Mourinho and Ryan Mason when it comes to Ndombele. Not sure it’s a coincidence.

The Hornets could easily get their money back on Sarr if they wish. Which they might have to next summer.

West Ham should stop breaking their transfer record and stick to signing players from the Czech league.

That stinks of Jorge Mendes, save for the brief sojourn to what is absolutely not north Yorkshire. Wolves could double their money on Neves and Traore this month.