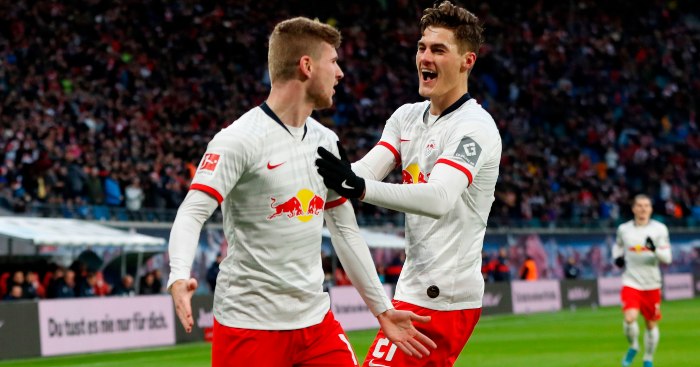 The Czech Republic attacker, who scored twice against Tottenham in the Champions League, is on loan at Leipzig from Roma and the Bundesliga club reportedly have the option of making the deal permanent for a £27million fee in the summer.

But while Schick is happy with the choice he made to play for Julian Nagelsmann, the 24-year-old says he would consider offers from the Premier League.

“When I left the Czech Republic, my dream was to play in Italy and I achieved that,” he told iSport.cz . “Now, I feel very attracted to England, to be honest.

“Leipzig was absolutely the right choice for my career. I had also talked to Borussia Dortmund, Bayer Leverkusen and Schalke here in Germany.

“In England, there were Everton and Crystal Palace, plus Valencia in Spain.

“I just felt that Leipzig wanted me more, and I was also attracted to the playing style of coach Nagelsmann. I am sure that I made the right choice.”