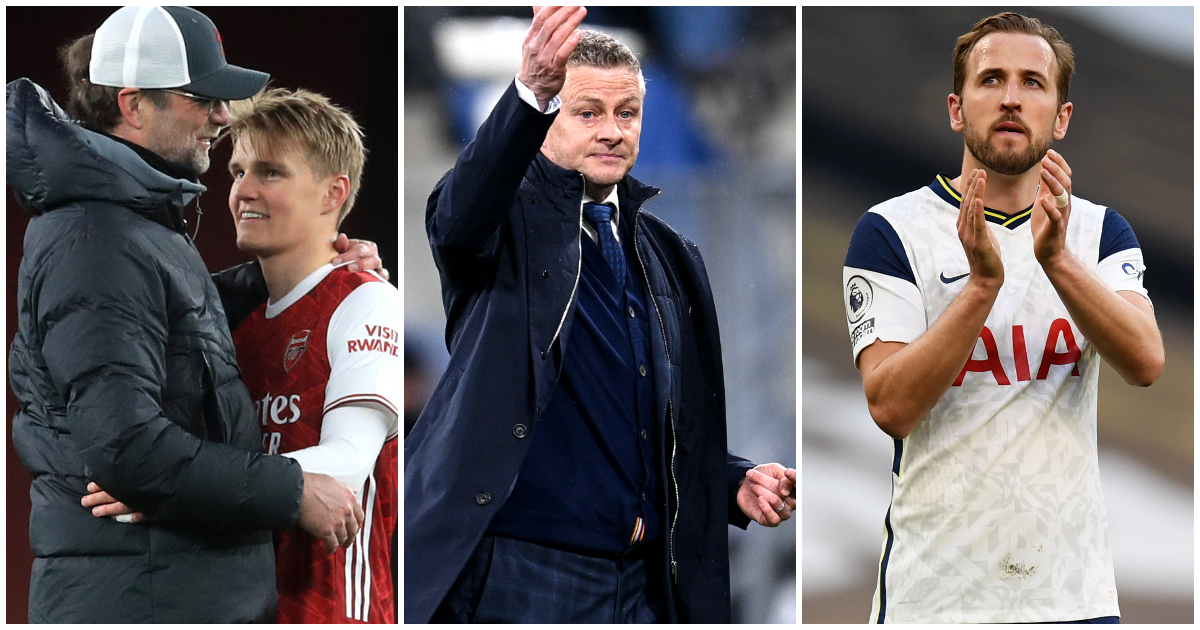 Some clubs are crying out for creativity, others need someone to finish their chances. In Palace’s case, they just need footballers.

10) Wolves need to find creative solutions beyond Mendes’ phonebook
Wolves have a weird summer ahead. Having lost Nuno, they have appointed Bruno Lage but now the playing squad needs a refresh. And no one seems quite sure how to go about it.

Their form last season leaves little room for error, whether or not they scout beyond Jorge Mendes’ contacts list. Injuries certainly didn’t help but there was a sense that Wolves had been sussed.

Nor have injuries made their planning for next season any easier. The sale of Raul Jimenez might have part-funded a squad overhaul but his head injury – and the fitness of Pedro Neto and Jonny Otto – must be considered when Wolves form their recruitment plans.

Ruben Neves looks set to go, while Adama Traore could raise some funds too. But with the money generated, Wolves would have replace these key players while addressing other issues in their squad.

Lage needs a new centre-back and the addition of goals from midfield would go a long way to helping Wolves claw their way back up the table. Or at least arrest their slide down it.

9) Brighton need a finisher
Most of Brighton’s summer may be spent fielding enquiries for their better players. Ben White, Yves Bissouma and Pascal Gross have all caught the attention of the big boys, which the Seagulls may embrace if the numbers are right.

In Moises Caicedo, Brighton already have a replacement for Bissouma ready to go. White would have to be replaced, and then there’s the issue of their forward line.

If Brighton had a reliable goalscorer last season, they would not have spent most it flirting with the relegation zone. They netted 11.7 goals fewer than their xG rate, which contributed to Graham Potter’s men losing a Premier League-high 25 points from winning positions.

Danny Welbeck is expected to sign another deal but his fitness concerns mean Potter cannot rely too heavily on the former England striker. Nor can Potter really trust the erratic Neal Maupay.

But goalscorers cost a lot of money and Brighton’s budget has been heavily hit by the Covid crisis. The Seagulls have spent big before on strikers who don’t score goals. This summer there is far less room for error.

8) Tottenham need two strikers if Kane goes
Before he worries about players, Daniel Levy needs to get his managerial ducks in a row. He’s half way there with the appointment of Fabio Paratici as the Spurs’ new managing director of football, and it seems only a matter of time before Paulo Fonseca is given the head coach’s job.

Then much of Levy’s attention will be expended on Harry Kane. If he is to go, then it will be on Levy’s terms.

And, eventually, Spurs will need to address the other holes in their squad even before Kane packs his bags. Before the centre-forward made clear his wish to leave, Spurs were looking for a back-up striker. Now they may need a leading man and a stand-in.

The also need a centre-back. And potentially a couple of full-backs if Ben Davies and Serge Aurier are on their way. Even if Aurier stays, the right-back position requires an upgrade.

7) West Ham still need a centre-forward
The Hammers needed a striker last summer. They definitely needed one in January after they sold Sebastien Haller to Ajax for around £20million. Apparently, that money and a bit more was available to David Moyes to source a centre-forward, but the manager chose to keep his powder dry.

“I’d rather I waited and got someone who might be available in the summer,” he said in January. It was a gamble but Jesse Lingard’s stunning form helped cover up the Hammers’ lack of potency in attack. That now needs addressing.

West Ham have been linked with Tammy Abraham but Moyes will have to wait until the Chelsea striker’s asking price drops from the £40million the Blues are currently coveting. If the European champions can’t use Abraham as a makeweight in their pursuit of a top-class striker then the England forward may well become affordable for West Ham.

6) Manchester City need to shake off their spending shackles
City won’t think twice about chucking £50million to £60million on new signings. But despite being richer than God, the Premier League champions have a weird aversion to spending huge on big names. At times, most notably two summers ago when they needed a top-class centre-back, it has been a form of self-sabotage.

City are fooling no one and they should break that habit this summer. Twice.

A top-class centre-forward to replace their greatest ever goalscorer must be Pep Guardiola’s priority and either one of Harry Kane or Erling Haaland might be enough to put City out of sight before a ball has been kicked. If Guardiola can add Jack Grealish too…ta-ra, City.

5) Crystal Palace need some footballers
As transitional summers go, Palace’s is sodding massive. They are currently looking for a new manager while their retained list revealed 22 (twenty-two) names of players set to depart Selhurst Park.

Some of those players entering the last fortnight of the Palace deals may well recommit once the Eagles’ plan becomes a little clearer. But time is pushing on and for Palace the priority is bolstering numbers before they worry too much about positional priorities.

Eberechi Eze’s injury has piled on Palace’s in-tray too. The youngster was one of the brighter sparks in the Premier League’s oldest XI last season and his absence increases the need for creativity in midfield. They also need at least one new centre-back and, ideally, another goalscorer even if Christian Benteke has re-signed.

The 956 retained and 143 released players in the Premier League

4) Liverpool need some creativity
Liverpool have already addressed their centre-back requirements. Now it’s onto their midfield.

In terms of numbers, Jurgen Klopp needs a replacement for Geo Wijnaldum after his departure for PSG. Rather than go like-for-like, Klopp may look for a more creative midfielder, with Liverpool’s attacking returns heavily diminished last term.

No Red featured in the top ten chance creators last season, with Roberto Firmino’s form especially worrying. If Klopp is intent on using Thiago in a deeper role alongside Jordan Henderson, then a No.10 could be huge in helping Liverpool bridge the gap on Manchester City.

Brighton’s Pascal Gross is the latest man for the job.

3) So do Arsenal
Mikel Arteta has a job on this summer. Arsenal potentially need a goalkeeper, a centre-back, a right-back and a No.10.

The last of those requirements is probably Arteta’s biggest priority. Their lack of creativity stood out as Arsenal’s biggest of a wide variety of flaws last season.

Bukayo Saka topped the Arsenal stats for chances created last season with 38. And 44 players in the Premier League bettered that total.

Arsenal would prefer to extend Martin Odegaard’s stay in north London and while it was thought Real Madrid would price them out of another deal, there is hope an agreement might be reached. Given the extent of the remedial work required and the absence of European money from their kitty, another loan deal would suit the Gunners. As Emi Buendia’s move to Aston Villa highlighted, Arsenal cannot afford to get bogged down in bidding wars this summer.

2) Chelsea need a top-class goalscorer
“You just need to read the numbers, our top scorers have six goals. This is clearly not enough for the demands, the expectations and the targets Chelsea football club has and what we demand.”

Thomas Tuchel knows. Everyone knows just from Jorginho being Chelsea’s top scorer last season with seven goals, all from the penalty spot. Their second-highest scorer was Tammy Abraham, who Tuchel fancies not in the least.

So the European champions will go for a striker, most probably Erling Haaland. Daniel Levy won’t sell Harry Kane to Chelsea and Romelu Lukaku looks like he wants to stay at Inter Milan, so the Blues could have a clear run at Haaland if they are willing to meet Dortmund’s demands. They absolutely should.

1) Man Utd need to do more than half a job
Ole Gunnar Solskjaer has plenty to do this summer. If United are serious about challenging for the title, then half a job simply won’t do.

The Red Devils need a centre-back partner for Harry Maguire, a holding midfielder and another attacker.

Edinson Cavani’s decision to stick around for a year perhaps allows United to hold fire on their pursuit of an elite centre-forward, especially while there are multiple other demands on their budget. Solskjaer is still keen on Jadon Sancho and that deal will almost certainly be done – eventually – even if it has become a little meh.

The spend on Sancho cannot be allowed to effect the budget for a central defender and a central midfielder. United are crying out for quality additions in both areas. How they address both positions will indicate how serious they really are about challenging next season.

And then there’s the goalkeeping mess.