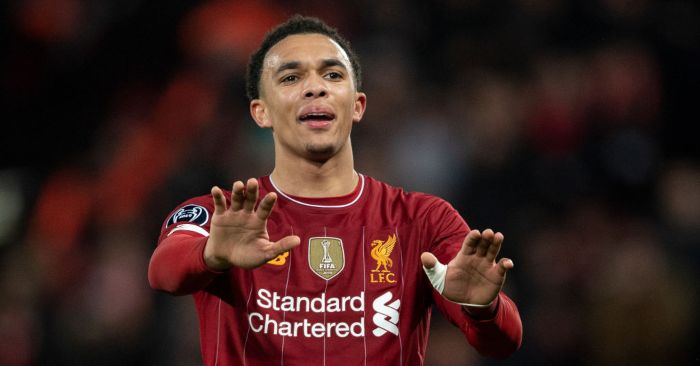 Should England take Alexander-Arnold or Wan-Bissaka to the Euros and beyond? How about both…

The latest Football365 Isolation Show literally lets you have it with both barrels.

But before host Mark Smith and the site’s deputy editor Matt Stead discuss the perennially compared Trent Alexander-Arnold and Aaron Wan-Bissaka, they dissect the return of the Bundesliga.

Does it give the Premier League hope as teams tentatively welcome players back to small group training? Or is it a case of Germany making the best of the sort of bad situation that England are pretty likely to f*** up?

The action itself is also debated, with Mark particularly impressed at the standard and pace of the games.

One player certainly stood out: Erling Haaland. But what did the pair make of his wonderful post-match interview? Are comparisons with Zlatan Ibrahimovic and his carefully cultivated media persona really fair?

Also on the agenda is Steve McManaman’s co-commentary, Bundesliga transfer gossip column stalwarts such as Jadon Sancho and Kai Havertz, and the reemergence of VAR in our unsatisfying, disaffected lives.

To finish, Mark and Matt go off on a tangent about a mail inspired by Patrick van Aanholt’s recent comments.

Matt launches an impassioned (half-arsed) defence of, well, Alexander-Arnold’s defending, while Mark tries to formulate a plan to get both him and Wan-Bissaka into the same England team.

So join Mark and Matt, give us a subscribe and a Brendan Rodgers-style thumbs-up, leave a completely civil and unbiased comment about which right-back should start for England at Euro 2020, and waste spend about 20 minutes of your life wisely by watching the latest Football365 Isolation Show.