Home Liverpool Trent: ‘Sterling is a role model for everyone around the country’ 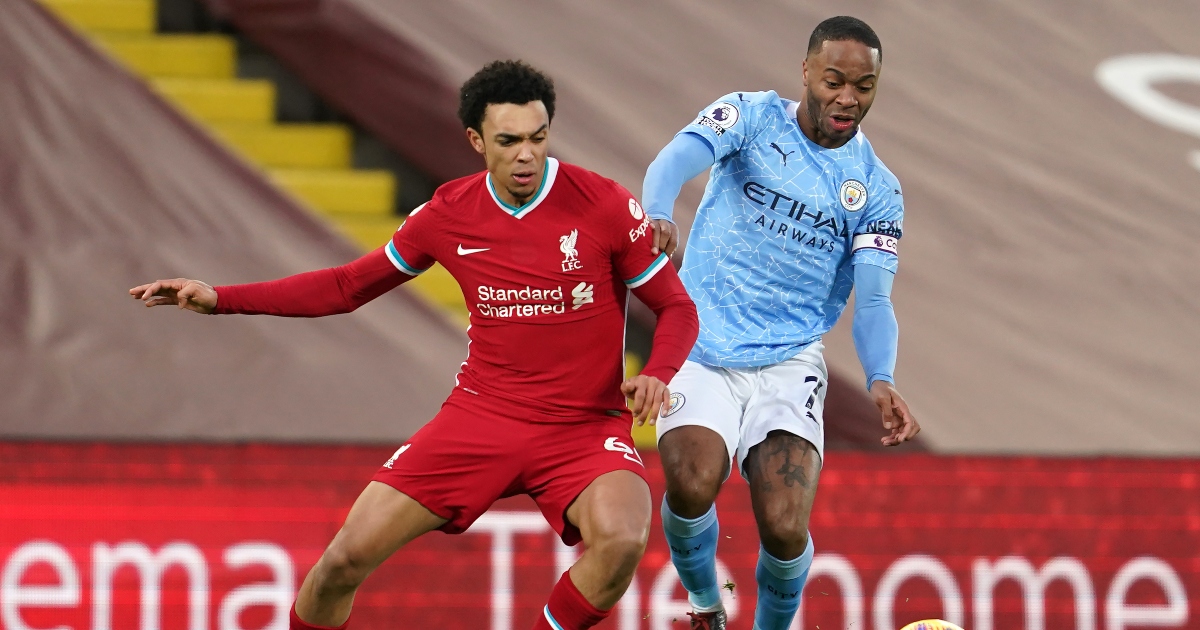 Trent Alexander-Arnold has heaped praise on his England teammate Raheem Sterling, describing him as a “role model for everyone around the country”.

Sterling scored the opening goal on Thursday evening as the Three Lions ran out convincing 4-0 victors against Hungary in a World Cup qualifier.

Gareth Southgate’s men currently top Group I with a 100% record, having only conceded one goal so far.

And they welcome Andorra to Wembley on Sunday evening as the international break continues.

Ahead of the match, Alexander-Arnold has hailed Sterling’s character and insists he is someone young people can “look up to”.

“Raheem has been a world-class player for a number of years,” said Trent, via the Mirror. “The consistency and goals he has added to his game in the last four or five years, the way he has evolved from a boy to a man, has been spectacular to see.

As well as Sterling, Trent has heaped praise on the 26-year-old’s Manchester City teammate, Jack Grealish, after an impressive showing in Hungary.

He added: “Jack’s recent club move has shown us his talents are for being part of a team that is trying to push for big trophies across the board over the course of the season.

“Obviously now coming in and playing Champions League football will be a big opportunity and a big stage for him to show his talents on as well.

“A player of that type of talent and ability should be playing Champions League football and it’s somewhere he needs to be.

“As a full-back, it’s a lot better playing with them than against them. They’re fantastic players.”