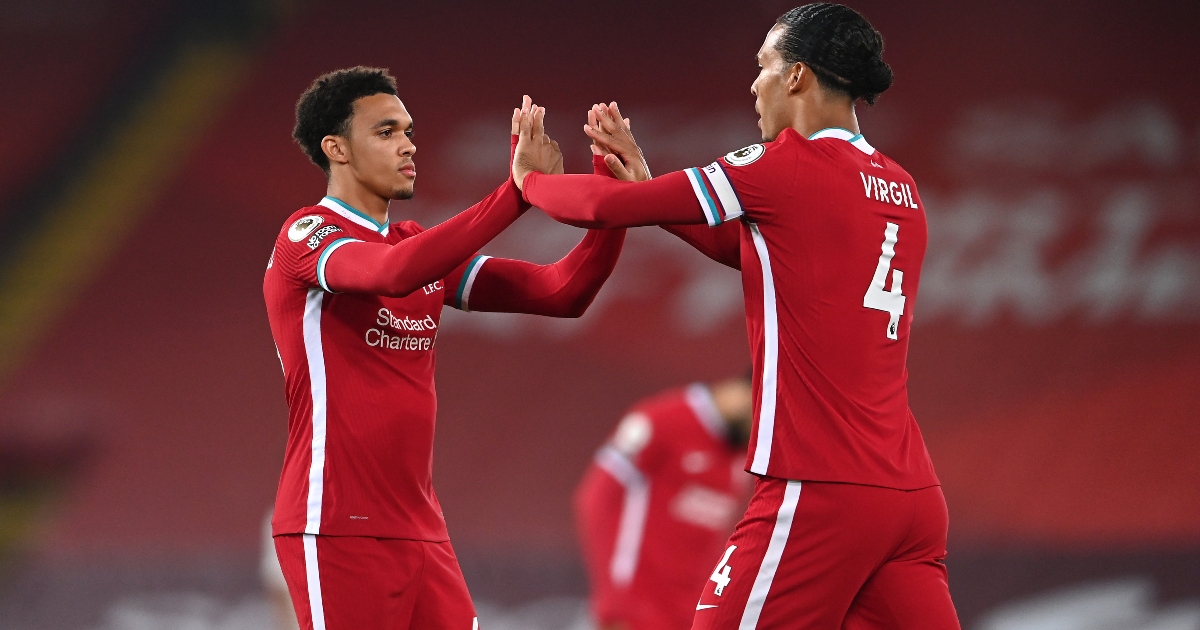 Trent Alexander-Arnold has spoken about the “big difference” that Virgil van Dijk will make to the Liverpool team upon his return from injury.

Van Dijk suffered an ACL injury in the Merseyside derby against Everton last October which ended his season and ruled him out of Euro 2020 with the Netherlands.

The defender is currently with the Liverpool squad in Austria for a pre-season training camp and should be fit for the start of the 2021/22 season.

Alexander-Arnold has now spoken on the influence that VVD has on the team and how much of a positive impact his return will have.

Speaking to the club’s official website, he said: “In and around the team, he’s such a big difference for us.

“Amazing guy, amazing player. But the impact he has on us is huge, he knows that himself and knows the role he needs to play within the team, as a leader and as one of the captains.

“He’s a big part of the team and everyone is really pleased to see him back training and in and around the team.”

Trent also discussed his own injury problems: “[I’m] fully pain-free. I’ve been doing a lot of rehab when we were off over the summer with the physios and the medical staff, which was good for me.

“I feel fit, I feel healthy and I’m back in full training now, so it’s good. It’s good for me.

“I’ve done quite a few sessions with the lads now, I feel fit enough to play. But the decision comes from the manager, the staff and obviously the medical staff, they need to talk and see if it’s worth the risk.

“If not, there’s a game on Friday as well, so whether it’s a case of a few minutes on Tuesday and play a bit more on Friday, ease me in like that, who knows? Either way, I’ll be ready to play.”

The 22-year-old was also ruled out of the Euros due to injury, sustaining a thigh injury in England’s pre-tournament friendly against Austria.

It is likely that Trent will feature for the Reds in friendlies against Wacker Innsbruck and VfB Stuttgart later this week.