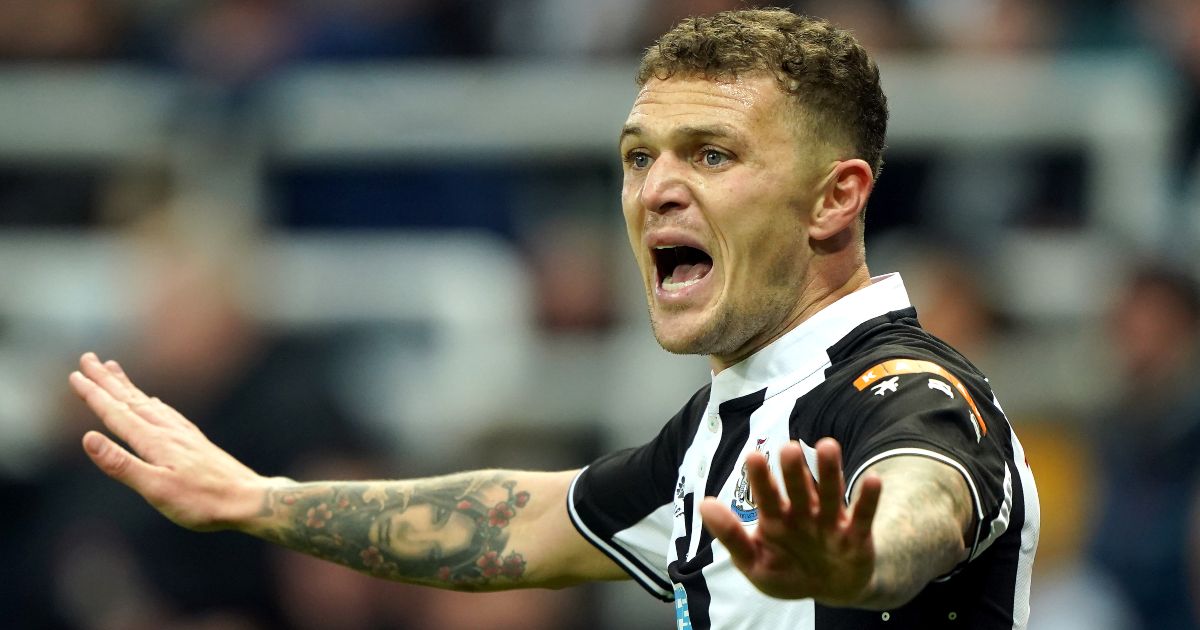 Kieran Trippier has told Newcastle to forget about a morale-boosting win over Everton as they move on to the next phase of their Premier League survival mission.

England full-back Trippier scored a fine free-kick as the Magpies secured their first back-to-back victories of the campaign by beating the Toffees 3-1 at St James’ Park on Tuesday evening to haul themselves out of the bottom three.

However the 31-year-old, a £12million January signing from Atletico Madrid, has already turned his attention to Sunday’s showdown with Aston Villa on Tyneside.

Trippier told NUFC TV on Tuesday night: “It’s massive. We had a massive result at Leeds (1-0 win on January 22), but we were speaking before the game and all week – we can’t just perform one week and then not perform the next few games. We need to be consistent and we were tonight.

“We knew how big it was, but how big every game is, but to have back-to-back wins in the position we’re in, it’s very positive.

“But enjoy it tonight and forget about it tomorrow because the next game is only around the corner.

“We know the position that we’re in – every game is going to be tough. We all want to stay in the league and we need to show performances like tonight and against Leeds.”

Newcastle’s position remains parlous – their 22 games to date have yielded just 18 points, although eight of them have been garnered from their last four outings and with Trippier, Chris Wood, Dan Burn, Bruno Guimaraes and Matt Targett now on board following a hectic winter transfer window, they will hope to build upon that significantly.

Their latest win came courtesy of strikes from Ryan Fraser and Trippier after Jamaal Lascelles and Mason Holgate had traded unfortunate own goals, but it was the former Burnley and Tottenham defender’s 80th-minute contribution which lifted the roof off St James’ Park.

He said: “To be honest with you, I’ve played in a lot of stadiums before in my career and I thought the Atletico Madrid stadium was electric.

“But especially tonight when we were coming out and the big banner, it’s something that – honestly, I’m not just saying it – I’ve never experienced in my career.”

Everton left the north-east just a point better off than the Magpies and with Yerry Mina and Demarai Gray having been added to the casualty list.

New manager Frank Lampard, however, was measured in his assessment.

He said: “We have to be very balanced about it. I’ve been here a week.

“We’ve come into a very difficult match against Newcastle, who are very effective in some of their direct play, second balls – they have a player on the pitch in [Allan] Saint-Maximin who when he plays like that, is pretty unplayable, to be fair.

“There were elements again that were good, and some that were not so good, but we must keep our heads up, for sure. There’s a long way to go in this.”