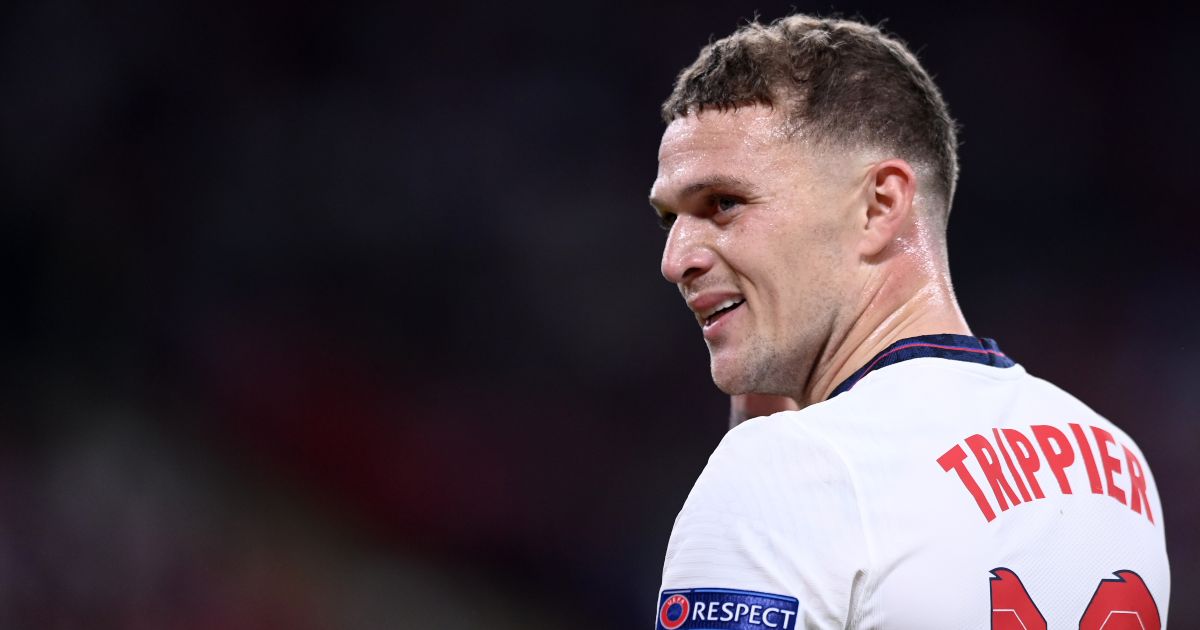 Atletico Madrid defender Kieran Trippier is positive that he will seal a transfer to Man Utd in the summer transfer window, according to reports.

The Atletico Madrid right-back has long been linked with a move to Old Trafford and was the subject of a reported £10m bid in June.

The 30-year-old has two years remaining on his contract with the Spanish champions and is seen as the perfect candidate to provide experienced competition for Aaron Wan-Bissaka, or even to replace the defender after he retrains in a new position.

The irrefutable proof that Pogba, Lacazette are staying

It’s likely that Man Utd would have to come to a compromise over a fee before even opening negotiations with Trippier – but it now looks closer than ever.

On Wednesday, the Daily Mail said that Trippier was ‘prioritising a return to the Premier League next season’ after impressing at Euro 2020 with Engand.

Today, The Sun claimed that deals for Raphael Varane and Trippier were ‘all but done with announcements expected towards the end of next week’.

The report claimed that Varane will cost £50m and Trippier will arrive for £18m as Man Utd look to get their business done early.

And now the Manchester Evening News understands that Trippier is ‘confident a transfer to United will materialise’ before the transfer window closes.

However, Trippier has ‘no intention of joining United just to provide back-up’ for Wan-Bissaka after winning the La Liga title last season.

If Man Utd fail to get a deal over the line for Trippier, the Manchester Evening News add that Diogo Dalot – who spent last season on loan at AC Milan – ‘could stay at the club’.

Ashton told talkSPORT: “What he’s become defensively under Simeone and how he’s grown as a player, you would say he’s a lot better than Wan-Bissaka when it comes to getting forward.