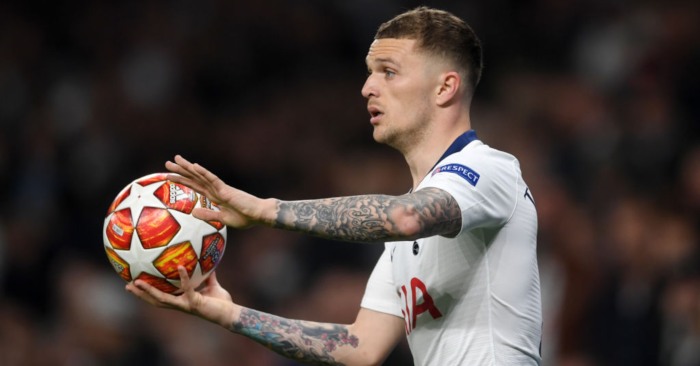 Kieran Trippier says his future lies in the hands of Tottenham this summer amid interest from home and abroad.

That poor form, despite playing in a side which reached the Champions League final and booked a top-four spot in the Premier League, has seen him dropped from the Three Lions’ squad for this week’s Nations League finals.

Trippier, who again disappointed in the defeat to Liverpool in Madrid on Saturday, does not know where he will be next season.

“I don’t know,” he said when asked about his future. “I go home now, spend time with my family, just recover after a long, difficult season. Everybody’s got a decision to make, no matter what.

“Obviously this club has been very good for me over the last few years but I’ll enjoy my summer, come back in pre-season and that’s when I’ll sit down with the manager and have a talk about my future.

“I see a lot of speculation about me not being here. I give everything, 100 per cent every game, win lose or draw. So we’ll see what happens in pre-season.”

Trippier has been heavily linked with a move to Serie A side Napoli, while Manchester United and Atletico Madrid are also reported to be keen on him.

The 28-year-old, who was in tears following the full-time whistle in Madrid and made an effort to thank the fans, is keen to keep playing in England.

“I want to stay in England. But what can you do?” he added. “I’ll see what happens and what the club wants, most importantly.

“I give everything for this club – training sessions, games – so we’ll see what happens in pre-season.”