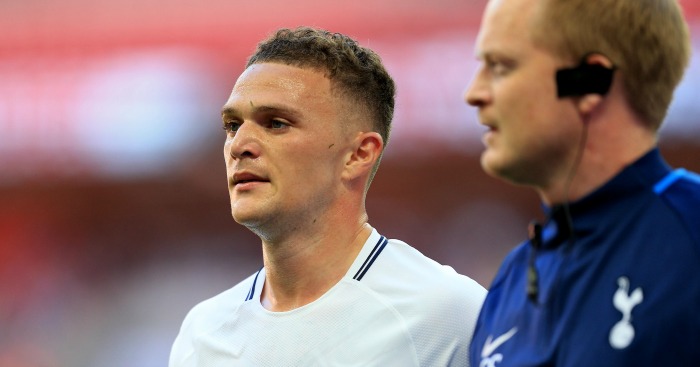 Spurs defender Kieran Trippier has claimed that he would never argue with Christian Eriksen over the taking a free-kick.

The England international scored with a well-taken set piece against Fulham last week, and also bagged in World Cup semi-final against Croatia.

However, the former Burnley man has insisted that he will not be falling out with Eriksen over free-kicks.

“No way, I’m not like that,” he told the Guardian.

“Fulham was my first game back and I felt good. Me and Christian, if we have a free kick and I place it but he says he fancies it then I’ll let him take it, no problem.

Trippier also reflected on his free-kick against Croatia in Russia, which put England 1-0 up.

“It’s a World Cup semi-final but the day before, and throughout the tournament really, there was me, Youngie (Ashley Young), Trent [Alexander-Arnold] and a few other boys hitting free kicks well, to be fair.

“Before the game we were talking – which side did we want it on? – me and Youngie.

“It’s all about who feels confident at that moment in time and I said: ‘I feel confident, do you mind if I take it?’ And he said: ‘No problem at all.’ I’m happy it went in but frustrated and disappointed about the result.”